Valio’s year 2019: exports up, moderate growth in net sales, and improvement in profitability 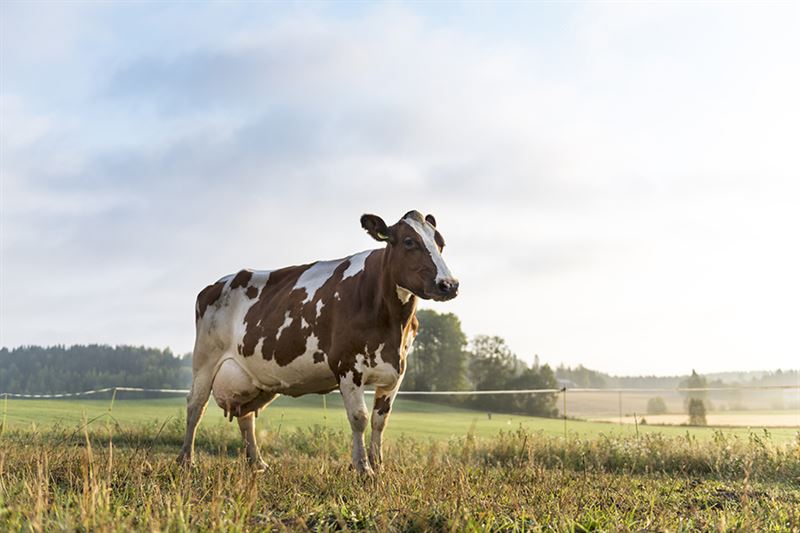 Valio Group’s net sales were EUR 1,787 million in 2019, representing 3 percent growth from the previous year (EUR 1,734 million). Domestic net sales increased by half a percent and international net sales by about 7 percent. The work that began in 2018 to improve business profitability advanced as planned and was reflected in the improvement in the milk return.

Valio is a company owned by 4,700 Finnish milk producers, and Valio pays its operating profit to the dairy farms through the co-operatives. Valio’s financial success is measured with a milk margin and a milk return. The milk margin** in 2019 amounted to EUR 838 million (800 million), and the milk return* was 41.2 cents per litre (38.4 c/l).

Valio’s Board of Directors determines the raw milk price based on the market situation and Valio’s financial standing. Board members are milk producers. In 2019, the average price Valio paid for milk was 39.9 cents per litre (39.2 c/l). After-payments for 2019 amounted to 1 cent per litre. The sustainability bonus to encourage the continuous improvement of animal welfare was raised to two cents per litre in July.

Throughout the 2000s, Valio has been able to pay Finnish milk producers a higher price than the European average.

Growth in Finland from snacks and plant-based products

Growth in Finland was generated especially in snacks and plant-based products. Valio PROfeel® products continued their strong growth, and the new protein puddings launched in February were a success. The portfolio of plant-based products expanded with Valio Oddlygood® Veggie slices and shreds. The Valio Oddlygood® Barista oat drink developed in collaboration with coffee professionals found its way into the hearts of people in Finland and Sweden. In the traditional categories, milks continued to decline in line with the market trend.

Net sales of international operations were EUR 715 million (669 million). Net sales growth was moderate in the nearby markets of Sweden, Estonia and Russia, while net sales in China grew by close to 40 percent compared to the previous year. We see potential in China especially in special ingredients for the food industry, which we call value-added powders. Profitability improvement in the USA advanced as planned.

Valio’s share of Finland’s total food exports is about 25 percent. A significant share of our exports is destined for places beyond the nearby countries. Our primary exports to countries around the world are milk powders, cheese and butter. The global market price of butter decreased compared to the high level in 2018, but milk powder prices developed favourably after the depletion of the EU intervention stocks.

The so-called value-added powders have attributes that bring Valio’s industrial customers various benefits: for example, a bakery or confectioner can reduce sugar, or a maker of energy snacks for athletes can add protein to their products. Sales of value-added ingredients grew by about 30 percent in 2019.

“We see international growth potential especially in value-added ingredients. The growth is currently limited by the drying capacity of powders because it takes longer to produce value-added powders than ordinary milk powders. In the years ahead, we will be upgrading the production lines to increase plant capacity,” says Valio’s CEO Annikka Hurme.

In 2018, Valio initiated a three-year programme focused on improving competitiveness and profitability. The programme advanced as planned, which was visible in the improved milk return. At the beginning of 2019, Valio renewed its organisation and management model. The cooperation negotiations targeting head office functions resulted in a reduction of 80 employees. During the first four months of 2020, Valio signed contracts with milk producer co-operatives on the raw milk volumes that Valio will receive in the upcoming years.

In July 2019, the District Court of Helsinki gave its ruling in the claim for damages related to milk pricing. Valio was ordered to pay damages arising from 2010-2012 and amounting to 3.5 million euros for the Maitokolmio co-operative and 4.5 million euros for the Maitomaa co-operative, as well as statutory interest and some legal expenses for both.

Valio is part of the climate change solution

The climate change discussion accelerated in 2019, and people are expecting companies to come up with concrete solutions to reduce emissions. Valio’s ambitious climate work continued in 2019. Our goal is to reduce the carbon footprint of milk to zero by 2035. We established a Carbon-neutral Milk Chain team, and we worked actively to find new emissions-reducing solutions in our milk chain. We have taken concrete measures, including the training of 240 dairy farm entrepreneurs to become carbon farmers, i.e. to sequester more carbon in their fields, we started using recycled plastic in our packaging, we advanced the development of a carbon footprint calculator, and we were the first Finnish food company to commit to setting scientifically assessed climate targets in line with the Paris Agreement. Additionally, we arranged several different events that focused on ways to decrease greenhouse gas emissions from peatlands drained from wetlands.

“We believe there is a place for sustainably produced Finnish dairy products also in the future. The way we produce milk differs quite a bit from many other countries. The cows primarily eat grass, no soy at all. Towards the end of the chain, the climate impacts are reduced through energy efficiency improvements at plants, optimised transport routes, eco-friendly packaging, and reduced waste in production. We take our climate targets seriously. We want people to be able to enjoy dairy products with a good conscience also in the future,” Hurme emphasises.

This year has started under exceptional circumstances. The coronavirus pandemic that started in China at the beginning of 2020 will impact Valio’s operations both in Finland and abroad in many different ways for at least the first half of the year. The economic outlook in Finland is challenging. Consumer expectations regarding their own finances and the Finnish economy have weakened compared to last year, and the coronavirus pandemic will further weaken purchasing power. In all Valio’s markets, restaurant, hotel and industrial kitchen operations will be significantly affected in the months ahead. On the other hand, retail demand is growing as people are preparing more meals at home.

“In Finland, Valio also plays an important role as part of security of supply and food security,” Hurme notes. “In all our operations, we aim to serve customers and consumers in the best possible way. We are working in collaboration with co-operatives to support the dairy farm entrepreneurs, and we are doing our best to promote employee wellbeing and coping also during exceptional situations.”

Other uncertainty factors in the operating environment include the impact of climate change on the prerequisites for global milk production and consumer habits, trade policy conflicts, and Britain’s exit from the European Union.

Valio will continue implementing its strategy in 2020 by developing its strong brands and by introducing new, innovative products that meet the changing needs of people. Internationally, Valio is pursuing growth particularly with value-added powders. Valio’s three-year project to improve cost efficiency and competitiveness, and consequently to improve the milk return, will continue as planned.

**Milk margin: Net sales less all other costs excluding the price paid to the owners for raw milk, interest on shareholder loans, depreciation according to plan, supplementary payments to the pension fund, pension contribution refunds, and items not included in actual business operations, such as sales gains from sales of business operations, and provisions, sales gains and losses from the sale of real estate, write-offs of fixed assets, and expenses arising from business acquisitions. The milk margin includes taxes for appropriations, and the tax effect of Valio Ltd’s profit less the tax share of the net profit corresponding to the amount of the average dividend percentage from the share capital.

*Milk return: Milk margin less estimated required financing for investments, and the figure is divided by the milk volume taken in from the owners of Valio Ltd.

Valio's Board of Directors' Report and Financial Statements will be published on April 17, 2020.

Valio, offering the taste of Nordic nature since 1905, is a brand leader and the biggest dairy business in Finland and a major player in the international dairy ingredients market. The company is owned by dairy cooperatives comprising some 4,700 dairy farmers.

Wellbeing is at the heart of Valio’s world leading technology innovations, expertise and products that are made from clean Finnish milk and other ingredients. Our product development follows in the footsteps of Nobel Prize winner A. I. Virtanen, and the company holds 350 patents in 50 countries. Our efforts to improve animal welfare are resolute, and we know that only healthy cows can produce premium milk products. Valio’s milk ranks among the cleanest in the world, and we have zero tolerance for antibiotic residue in milk.

Valio has net sales of EUR 1.8 billion and is Finland’s biggest food exporter. Valio products are found in some 60 countries and account for 25 % of Finland’s total food exports. Valio seeks strong growth in international markets and has subsidiaries in Russia, Sweden, the Baltics, USA and China.

Valio –  Together we make life better