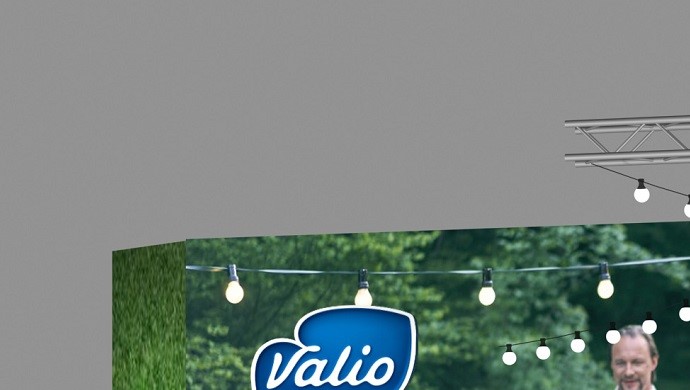 Finland’s largest dairy cooperative’s mission is to create tasty, healthy products that respond to global consumer trends, in a responsible and sustainable way.

Valio’s milk is Genetically Modified Organisms (GMO) –free*.  Its Nordic cows are the healthiest cows in Europe, from the greenest country in the world**, with the lowest cells and bacteria counts and no drug residues in the milk.

New, on trend, tasty and healthy

Valio products are made from high-quality, clean Finnish milk using over 100 years of experience and Nobel Prize-winning research and development.

It continues to create great-tasting dairy products that meet consumer demand, and in 2017 has introduced interesting new ranges to complement the snacks, cooking products, milk, cream, butter and cheese portfolios.

Valio’s spreadable butter won Gold in the Spreads Category at the recent International Cheese Awards, beating 15 entrants, with the unsalted butter taking bronze in its category.

Valio cheddar received a Very High Commendation from the jury, the only cheddar not made in traditional cheddar-producing countries like the UK, Ireland or New Zealand, to receive this.

The recommended daily intake of salt is exceeded globally (World Health Organisation). Both food manufacturers and consumers want to reduce its intake and keep great taste, but the food industry has struggled to achieve this.  Valio ValSa® delivers.  ValSa® is a no-brainer switch for consumers who will love Valio’s ValSa® cheese and spreadable butters, which contain up to 50% less salt than competitors.  Reduced-salt products have been seen as a sacrifice in terms of taste and quality.  With Valio ValSa® there is no need to compromise on taste.

Valio from Finland – the most innovative dairy in the world

Valio, offering the taste of Nordic nature since 1905, is the biggest dairy business and a brand leader in Finland as well as being a major player in the international dairy ingredients market. The company is owned by dairy cooperatives comprising some 5,800 dairy farmers. Valio holds wellbeing close at heart with world leading technology innovations, expertise and products made from clean Finnish milk. Valio’s product development follows in the footsteps of Nobel Prize winner A. I. Virtanen. Valio is Finland’s biggest food exporter and is seeking strong growth in international markets. Valio exports to some 60 countries and accounts for 30% of Finland’s total food exports. The company has subsidiaries in Russia, Sweden, Denmark, the Baltics, USA and China.