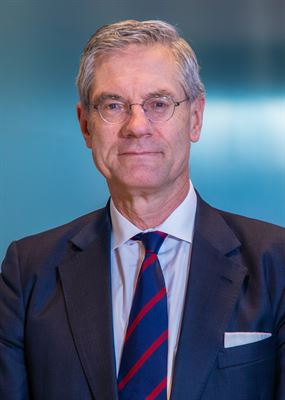 Vattenfall’s CEO Magnus Hall has been appointed new President of Eurelectric for the next two years.  Eurelectric, the European industry association for the electricity sector, represents over 3,500 companies in more than 30 European countries in power generation, distribution and supply.

“Electrification is the key to changing Europe towards a fossil free future. My prime objective as President of Eurelectric is to continue the cooperation with decision makers and industry to increase the pace of electrification in the transport, heating and industrial sectors,” says Magnus Hall.

Eurelectric's overall objective is to achieve a carbon-neutral power sector well before 2050.

“Powered by carbon-neutral electricity, we can lead the transition in the energy industry and other sectors. This requires further investments in renewable electricity generation, as well as efficient electricity distribution. We also need to help citizens change towards a fossil free life,” says Magnus Hall.

“The conditions and starting points naturally differ in European countries and therefore we also need politicians within the EU to decide on frameworks and fair measures that create a broad social acceptance for the energy transition.”

About Eurelectric
Eurelectric is the sector association representing the interests of the European electricity industry at pan-European level. The organisation represents the power sector in over 30 countries, speaking for more than 3,500 companies in power generation, distribution and supply. The head office of Eurelectric is located in Brussels.