Veidekke: To build the final 81 homes at Løren in Oslo 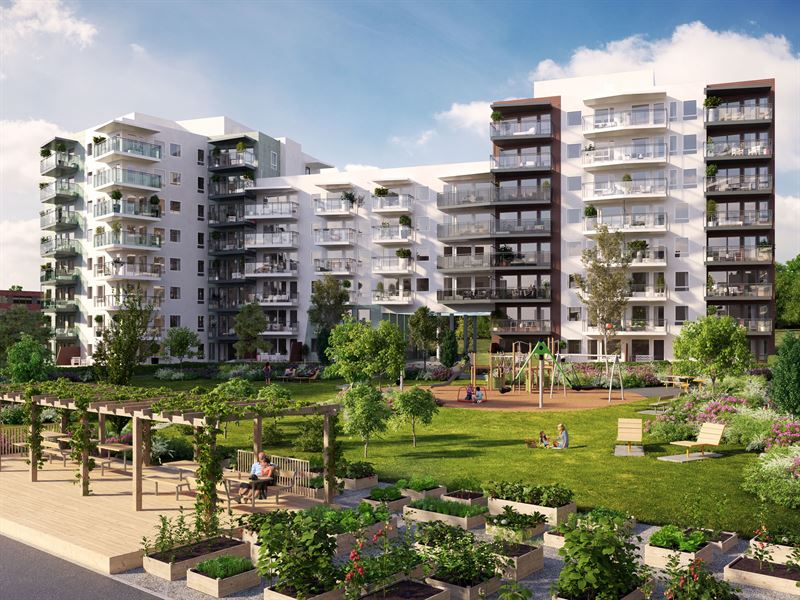 Veidekke has been awarded the contract to build the fifth and final stage of the Gartnerkvartalet residential development in Oslo by Lørenvangen Utvikling AS (jointly owned by OBOS Nye Hjem and Veidekke Eiendom). The value of the contract is NOK 162 million excluding VAT.

“Sales have been very good for Gartnerkvartalet. The combination of small and large apartments with underground parking, balconies, roof terraces, several types of garden allotments and not least large open green spaces is something buyers obviously have appreciated. We are very pleased with having developed and now almost completed a new, good and diverse neighbourhood,” says managing director Pål Aglen of Veidekke Eiendom.

The fifth building stage comprises one building ranging from six to eight storeys in height, with a total of 81 apartments and underground parking. There is a broad selection of two, three and four room apartments, where most apartments on the ground floor will have their own garden allotment or spacious terrace. Upon completion, a ball court will be established in a section of the large courtyard. As an extension of the green vision, common allotments will be established in addition to a pergola as a meeting place in the courtyard. Occupation is planned for the summer of 2021.

Gartnerkvartalet is an extension of the neighbouring Gartnerløkka project, and when completed it will comprise a total of 540 homes in seven blocks of apartments built in several stages. The blocks of flats will surround a large, sunny courtyard nearly 10,000 square metres in size with bushes, trees and allotment gardens. The first occupants took up residence in the late summer of 2018, and the final residents will take over their apartments in the project in the summer of 2021. The total sales value of all of the homes in Gartnerkvartalet is around NOK 2.5 billion. The overall sales ratio for the entire project is currently at approximately 90%.

However, Veidekke is not done building homes at Løren when Gartnerkvartalet is completed. Lørenvangen Utvikling AS has two other projects in the area: Peter Møllers vei 8-14 where the zoning plan was adopted in June, and Lørenvangen 25 where work on the zoning plan has started. 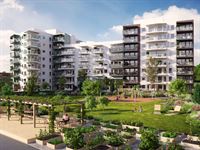