Veidekke ASA: New contract with Syvab for the construction of Himmerfjärdsverket treatment plant 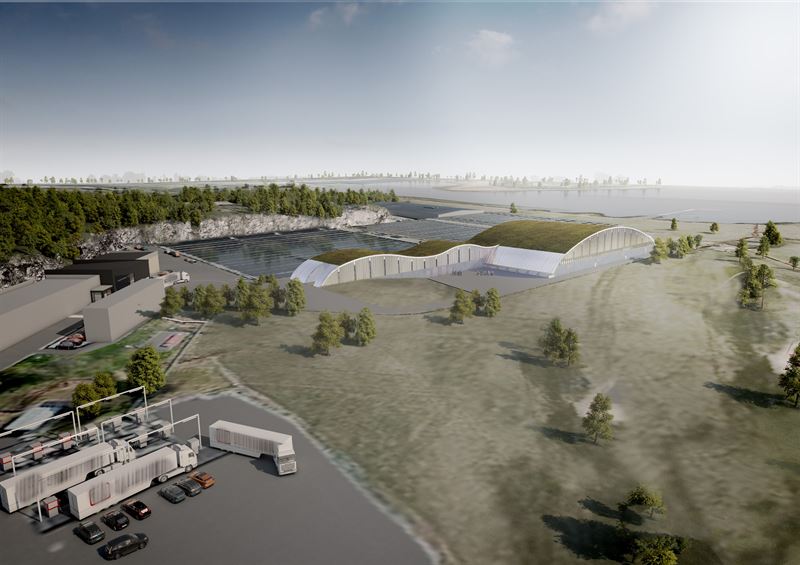 Veidekke has signed a new contract with Syvab (the Sydvästra stockholmsregionens va-verksaktiebolag) for the extensive reconstruction and extension of the Himmerfjärdsverket wastewater treatment plant at Grödinge in Sweden. The project is divided into an execution contract for the reconstruction works and a design and build contract for the extension, with both components to be carried out in tandem. The contract sum for this phase of the project amounts to approximately SEK 1.3 billion and works are scheduled to run until 2026.

Himmerfjärdsverket is in need of major renovations in order to cope with a growing population, as well as new requirements in relation to purification. The new, extended facility will be energy efficient with a reduced need for added chemicals.

‘The reconstruction and extension of Himmerfjärdsverket has been the subject of a lengthy planning and design process. The team at Syvab are delighted and reassured by the fact that we will be carrying out this work together with Veidekke Entreprenad AB. This will ensure a great partnership during the implementation of the project, as well as providing us with futureproofed purification capacity,’ says Carl-Olof Zetterman, CEO of Syvab.

‘We are now entering the next phase of this exciting and essential project together. This type of complex project in which there are extensive demands on our ability to interact are a great fit with Veidekke’s engaged working practices,’ says Marcus Andersson, Regional Director at Veidekke Anläggning Öst.

The project is divided into two parts: one encompassing the renovation of the existing wastewater treatment plant which will be implemented through an execution contract; and one part relating to the extension which will be implemented as a design and build contract. Furthermore, the project is divided into two phases in which phase 1, which was the feasibility and design phase, has been completed. The project is now moving to phase 2, during which the construction documentation will be prepared and production will take place. The work will involve the construction of a new membrane building, filtering station, pumping stations with associated technical rooms, and the refurbishment of all existing tanks. The new Himmerfjärdsverket treatment plant is scheduled for commissioning on a gradual basis over the period from 2023 to 2026.

Veidekke is one of Scandinavia's largest contractors. In addition to undertaking all types of building and civil engineering assignments, the group also maintains roads and produces asphalt and aggregates. Veidekke emphasises stakeholder involvement and local experience. Its annual turnover is approximately NOK 37 billion, and half of its 8,200 employees own shares in the company. Veidekke is listed on the Oslo Stock Exchange, and has posted a profit every year since its inception in 1936.