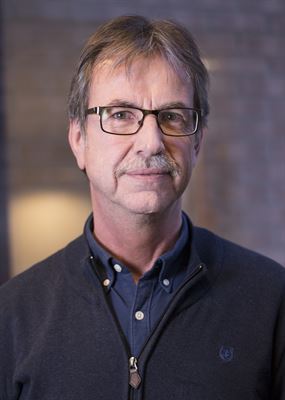 Veidekke’s subsidiary Tore Løkke AS has won the competition to renew and extend the Yankee taxiway, including approach taxiways, at Ørland air base for the Norwegian Defence Estates Agency. The value of the contract is NOK 148 million excluding VAT plus options.

The Yankee taxiway is parallel to the runway at Ørland air base. It is to be renovated and upgraded to meet formal NATO requirements as emergency runway and reserve runway for fighter jets and transport aircraft, as well as to meet NATO requirements and EASA requirements to taxiways.

Among other things, the work entails expanding the width from 22.5 metres to 33 metres, increasing the load bearing capacity, laying cable pipes, manholes and drainage of surface water. The contract also comprises renovation of the A4-A7 approach taxiways between Yankee and the runway.

“We appreciate the confidence shown in us by being awarded the contract. We have executed a large number of contracts at airports around Norway, including here at Ørland in connection with the development and refurbishment of the air base. The Norwegian Defence Estates Agency is an important client to Veidekke and us, so we are very pleased to have won this contract,” says general manager Terje Bratberg of Tore Løkke AS.

Construction work will commence soon and continue for around a year.

Veidekke is one of Scandinavia's largest construction companies. The company undertakes all types of construction and civil engineering contracts, maintains roads, and produces asphalt and aggregates. The company is known for its engagement and local knowledge. Its annual turnover is approx. NOK 37 billion, and around half of its 8,200 employees own shares in the company. Veidekke is listed on the Oslo Stock Exchange and has always posted a profit since it was founded in 1936.