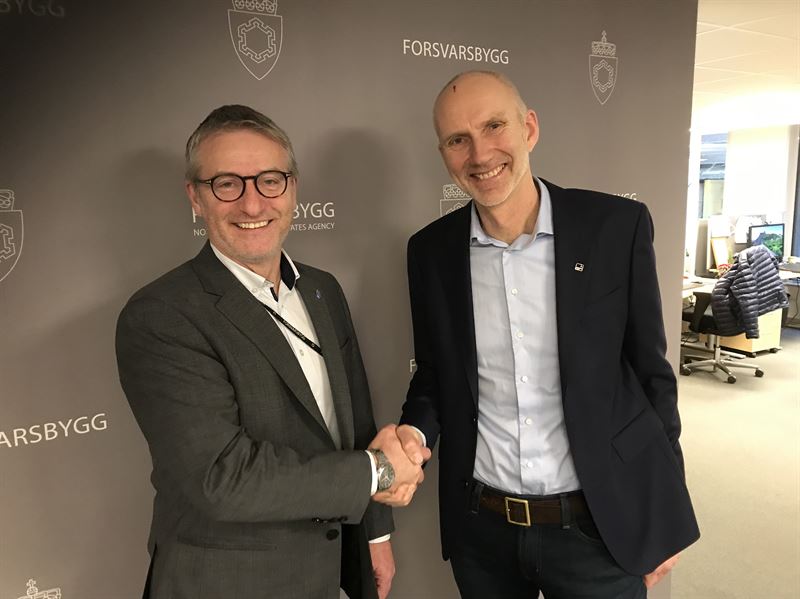 Veidekke has been commissioned to erect a concrete building which will house a new tank and processing plant at the Ørland Air Station in Trøndelag. The value of the contract is approximately NOK 110 million excluding VAT.

The building Veidekke has been commissioned to erect will accommodate a complete facility for the handling and supply of aviation fuel. Some of the work will be carried out in collaboration with Veidekke's Fosen subsidiary Tore Løkke AS, which has completed several assignments in connection with the development and upgrade of the defense airbase at Ørland.

Reflecting a Defence Estates Agency emphasis when selecting contractors, the contract stipulates that five percent of the work be performed by apprentices, a priority which is highly valued by Veidekke. With preparations already ongoing, construction is expected to begin in early February. The entire facility will be completed by summer 2021.

Veidekke is one of Scandinavia's largest construction and property development companies. The company undertakes all types of building construction and civil engineering contracts, develops residential projects, maintains roads, and produces asphalt and aggregates. The company is known for its involvement and local knowledge. Its annual turnover is NOK 36 billion, and half of its 8,600 employees own shares in the company. Veidekke is listed on the Oslo Stock Exchange and has always posted a profit since it was founded in 1936.