Veidekke ASA: To build for OBOS at Ulven in Oslo 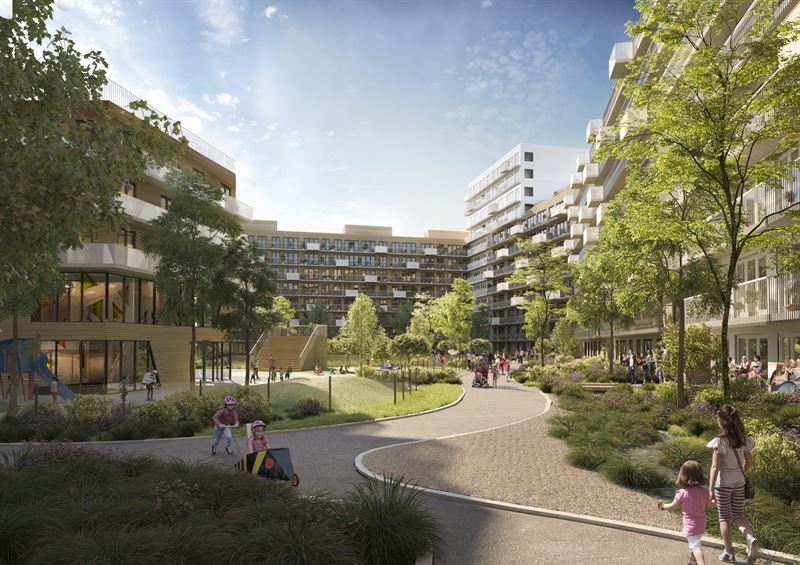 Team Veidekke DA has been engaged by Ulven Bolig AS (OBOS) to build an initial 342 apartments at Ulven in Oslo, along with a large day-care facility and commercial space. The contract is valued at close to NOK 620 million excluding value added tax.

Ulvenparken is one of OBOS’s largest-ever development projects, and will transform the 28-hectare site at Ulven in Oslo into an exciting new district of over 2,000 apartments. The first phase of the project includes a daycare centre with five departments and street-level commercial space. Ulvenparken will feature ample parking and open spaces, as well as “green” zones. The project has a central location close to a shopping centre and Økern metro station.

“Ulvenparken is a very exciting project for which we, as contractor, have assembled an architectural and advisory team with industry-leading residential housing expertise. Together, we have developed what we consider to be a model for future construction-project collaboration,” says Anders W. Haugen, head of Veidekke’s construction operation in Oslo.

“Our organisational model, which includes the establishment of a dedicated company – Team Veidekke DA – allows us to cooperate very closely to find effective, cost-efficient and rational solutions. We have already shared office space for more than half a year, and will continue to do so once the actual work starts at Ulven. Team Veidekke DA is the design and build contractor for field B2, Ulvenparken, and all the partners feel strong ownership of the project, not least due to sharing office space. We look forward to starting work on site and proving that it is possible to build at a significantly lower cost than the current average,” concludes Haugen.

“Ulvenparken will be organised as a housing cooperative, and will offer buyers apartments of a very high standard, an attractive living environment and appealing outdoor areas. It is impressive that OBOS and Team Veidekke DA are able to build Ulvenparken at a cost that is so much lower than that of most of our other residential projects,” says Nils Morten Bøhler of OBOS Forretningsbygg AS.

Construction start-up is planned for December 2018, while the first occupants are due to take over their new apartments in the autumn of 2021.

For more information about the project, please see www.obos.no/ulven.