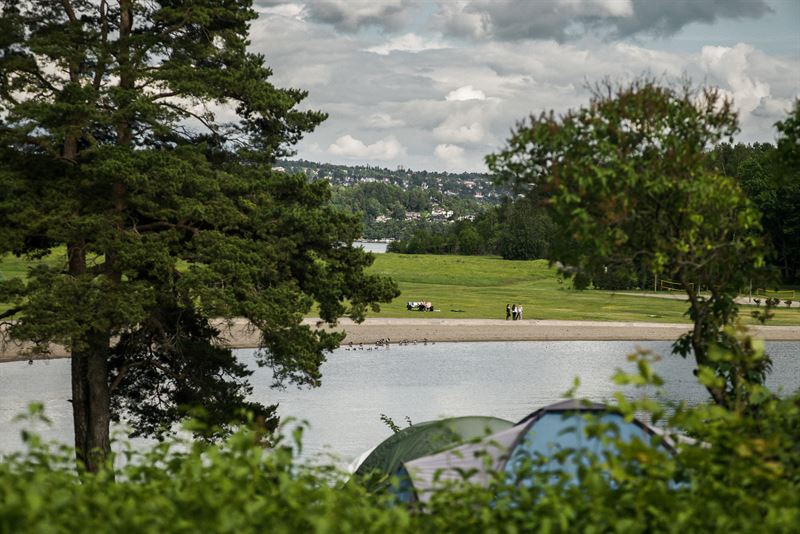 Veidekke has today signed a contract with the City of Oslo to clear and secure the former landfill at Langøyene, transforming it to enable bathing and recreation at the site located in the inner Oslo Fjord. The assignment on behalf of the City of Oslo Agency for Real Estate and Urban Renewal is worth approximately NOK 200 million excluding VAT.

The island of Langøyene in the Oslo Fjord served as the landfill site for all household and industrial waste in the City of Oslo from 1908 until 1948 when it was closed and capped. After the waste began to appear on the grass in covering the old site in the summer of 2013, environmental engineering examinations was conducted. These surveys identified environmental toxins in high concentrations both in the landfill deposit itself and in the upper surface.

‘We are very pleased to have won this prestigious contract. Veidekke has extensive expertise in processing contaminated land, and we are looking forward to working together with the City of Oslo Agency for Real Estate and Urban Renewal to ensure that this idyllic and popular open-air gem is once again made available for the people of Oslo to enjoy,’ says Executive Vice President of Veidekke Anlegg, Øivind Larsen.

Veidekke won the tendering competition following the pre-qualification of five bidders. Quality and the environment were both key criteria in selecting a contractor.

The project will involve Veidekke ensuring that there is no direct contact with contaminated masses at ground level and that there is no leakage of contaminants into the fjord. Meanwhile, beach facilities and jetties will also be upgraded, in addition to the construction of a storage building and service building, as well as the establishment of a new solution for the supply of water and removal of sewage. Following the completion of these initiatives, Langøyene will once again be a gem of the Oslo Fjord, better equipped to receive the people of Oslo visiting an open-air leisure area without any contamination.

Work is scheduled to commence in the autumn and will continue until July 2021.

More information about the project is available at www.oslo.kommune.no/politikk-og-administrasjon/slik-bygger-vi-oslo/langoyene/