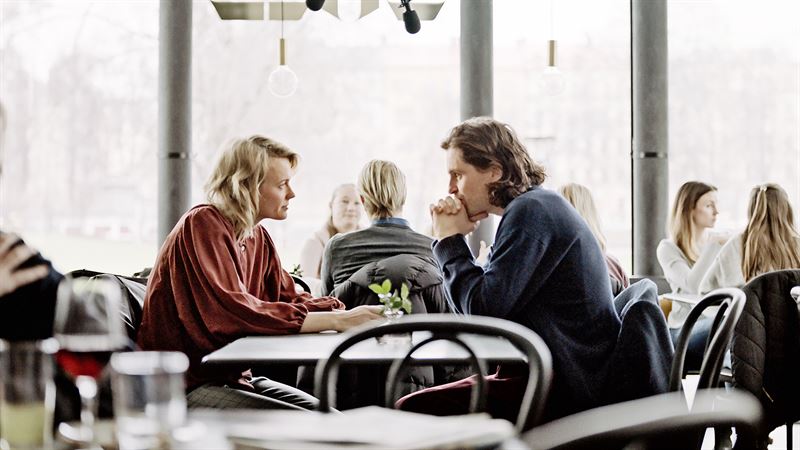 Nordic Entertainment Group (NENT Group), the Nordic region’s leading streaming company, has commissioned a second season of its original Swedish series ‘Love Me’, to which ABC has recently acquired the rights for an English-language pilot episode produced by Elizabeth Banks (‘Pitch Perfect’; ‘The Hunger Games’). Series creator, writer, director and star Josephine Bornebusch returns for ‘Love Me’ season two, which will premiere across the Nordic region exclusively on NENT Group’s Viaplay streaming service in autumn 2020.

The comedy drama ‘Love Me’ (Swedish title: ‘Älska mig’) follows the intersecting lives of three generations of Stockholmers and their experiences of friendship, grief and romance. At the centre is Clara (Josephine Bornebusch: ‘Welcome to Sweden’), a successful doctor whose ailing love life starts to revive when she meets Peter (Sverrir Gudnason: ‘Borg vs. McEnroe’).

Johan Ulveson (‘The Truth Will Out’), Ia Langhammer (‘Miss Friman’s War’), Dilan Gwyn (‘Beyond’), Gustav Lindh (‘Jordskott’), Görel Crona (‘Spring Tide’) and Sofia Karemyr (‘Becoming Astrid’) will co-star in ‘Love Me’ season two, which has six episodes and is produced by Sofie Palage (‘Love Me’ season one) for Warner Bros. International Television Production Sverige in cooperation with Film Capital Stockholm. Filming will start this autumn in Stockholm.

The first season of ‘Love Me’ will premiere across the Nordic region on NENT Group’s Viaplay streaming service on 11 October.

Jakob Mejlhede Andersen, Viaplay Chief Content Officer: “Commissioning a second season before Viaplay viewers have even seen the first shows the level of this sharp, touching and often surprising series. Josephine Bornebusch is a remarkable talent and ‘Love Me’ is a very personal project where her creativity and charisma find full expression. ABC’s decision to make a US version reflects the universal appeal of the themes in ‘Love Me’, which is set to become our next hit original series and yet another example of the quality of NENT Group’s storytelling.”

NENT Group has now launched 53 original productions and is set to premiere a minimum of 20 every year. In the past 12 months, ‘Honour’; ‘Manson’s Bloodline’; season two of ‘ALEX’; ‘Swedish Sin’; ‘Straight Forward’; season one of ‘Saga’s Stories’; ‘Wisting’; ‘The Inner Circle’; ‘Darkness – Those Who Kill’; ‘Hidden’; ‘The Truth Will Out’; ‘Four Hands Menu’; ‘Pros and Cons’; ‘Conspiracy of Silence’; ‘Couple Trouble’; season two of ‘The Great Escape’; and season two of ‘Black Lake’ have premiered.