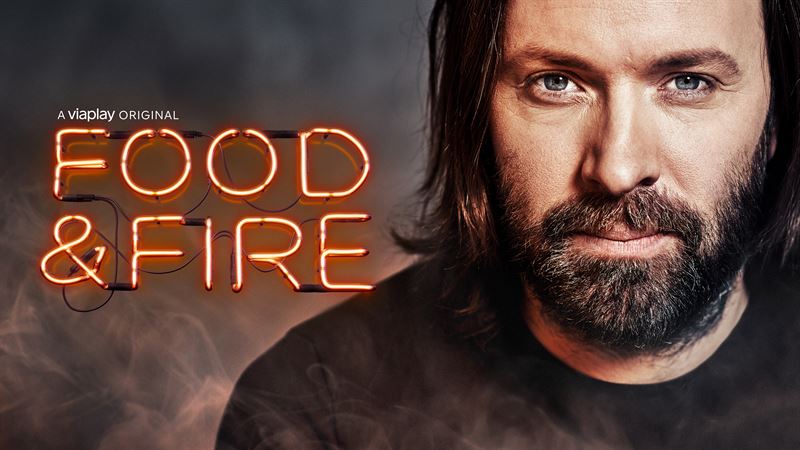 The next original series from Nordic Entertainment Group (NENT Group), the Nordic region’s leading streaming company, will be food documentary ‘Food & Fire’. The six-part series is a follow-up to NENT Group’s critically acclaimed ‘Four Hands Menu’ and will premiere exclusively on NENT Group’s Viaplay streaming service across the Nordic region in autumn 2019.

Fire, food and storytelling – in the documentary series ‘Food & Fire’, renowned Swedish chef Niklas Ekstedt takes viewers back to three of humanity’s most basic needs. A specialist in ‘analogue cooking’ – a highly skilled approach to cuisine that relies on coals instead of cookers – Ekstedt travels to the Basque Country, Texas, Istanbul, Finland, Naples and Peru to explore how fiery ancient techniques can light up the future of food.

Jakob Mejlhede Andersen, Viaplay Chief Content Officer: “Niklas Ekstedt and NENT Group’s hugely popular ‘Four Hands Menu’ have given Viaplay viewers an appetite for more world-class documentaries. From Texas barbecue pits to Peruvian chefs inspired by the Incas, Ekstedt incinerates the rules of cooking in this new series. ‘Food & Fire’ is a fantastic showcase both of our rapidly expanding slate of non-scripted originals and the skills of a true culinary visionary.”