NENT Group presents ‘Thicker than Water’ as next original series 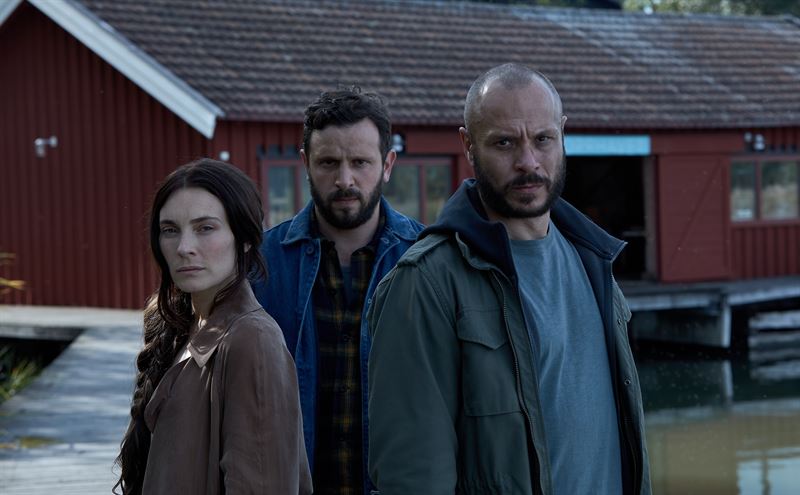 ‘Thicker than Water’ is the next original production from Nordic Entertainment Group (NENT Group), the Nordic region’s leading streaming company. The first two seasons of the Swedish-Finnish drama series, which were co-produced by local public service broadcasters SVT and YLE, attracted large audiences and critical acclaim across the Nordic region. Season three of ‘Thicker than Water’ will premiere exclusively on NENT Group’s Viaplay streaming service in 2020.

NENT Group’s next original production continues the complex and intense story of the Waldemar siblings. Returning to their childhood home on the beautiful Baltic island of Åland, they discover that blood is indeed thicker than water, and that facing up to today’s problems is often simpler than confronting the secrets of the past.

Nice Drama, a NENT Studios company and the producer of the first two seasons, returns to produce ‘Thicker than Water’ season three, which is currently filming on location in Åland. The series is produced by Cecilia Norman Mardell (‘Real Humans’) and directed by Erik Eger (NENT Group’s ‘Hassel’) and Johan Brisinger (‘Suddenly’).

Every previous season of ‘Thicker than Water’ will be available on Viaplay when season three premieres.

Jakob Mejlhede Andersen, Viaplay Chief Content Officer: “The first two seasons of ‘Thicker than Water’ created compelling drama around just how dysfunctional some families can be. NENT Group’s leadership in Nordic storytelling makes us ideally equipped to take this popular series to a different level. Our Nice Drama company has shaped every chapter of the Waldemar story so far, and now Viaplay will be the exclusive home of the latest season of this must-see show. Our original productions continue to flow and viewers can look forward to streaming yet another unique drama in ‘Thicker than Water’.”

NENT Group has now launched 55 original productions and is set to premiere a minimum of 20 every year. In the past 12 months, ‘Fixi in Playland’; ‘Honour’; ‘Manson’s Bloodline’; season two of ‘ALEX’; ‘Swedish Sin’; ‘Straight Forward’; season one of ‘Saga’s Stories’; ‘Wisting’; ‘The Inner Circle’; ‘Darkness – Those Who Kill’; ‘Hidden’; ‘The Truth Will Out’; ‘Four Hands Menu’; ‘Pros and Cons’; season two of ‘The Great Escape’; and season two of ‘Black Lake’ have premiered.