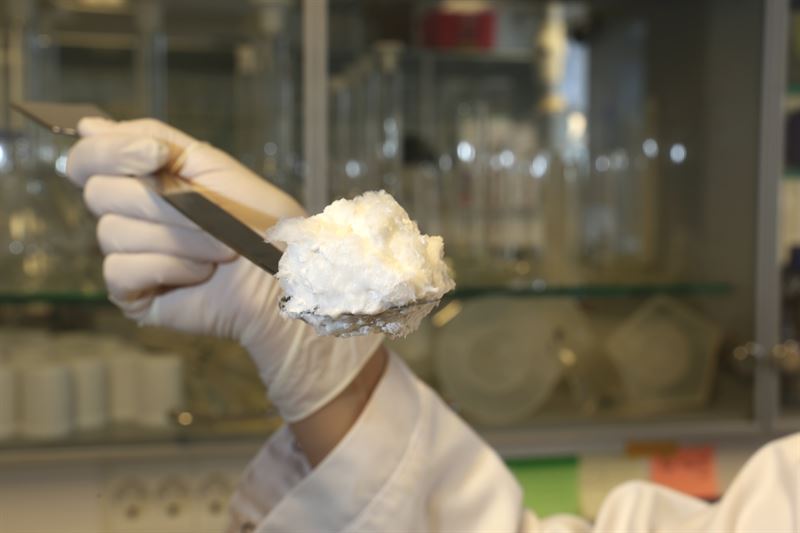 Food production accounts for up to 25% of greenhouse gas emissions and 75% of clean water consumption. VTT developed a safe, environmentally sustainable and cost-effective method for mass production of high value proteins, such as egg white, without using animals. The European Association of Research & Technology Organisations EARTO announced VTT’s technology as a winner of the EARTO Innovation Awards 2020 competition, in the Impact Expected category on 28th October in Brussels.

VTT scientists forecast that food production based on microbial and cellular systems, i.e. cellular agriculture, will lead to a disruptive change that can be compared to the agricultural revolution from the 1700 to the 1900s. Cellular agriculture uses microbes and bioreactors instead of fields and farmed animals.

The ingredients used are simply water, glucose, various minerals, and Trichoderma reesei fungus, which produces proteins from them. This biotechnical method can be compared to beer production, in which microbes produce alcohol with the help of sugar. In addition, the cheese rennet used in cheese making is currently produced by a corresponding biotechnology method.

The bioprocess developed by VTT is based on harnessing the Trichoderma reesei fungus, and it offers a safe way to produce food proteins without farming of livestock. The technology would eliminate the risk of salmonella and exposure to antibiotics, which are relevant to livestock and contribute to food chain sustainability by reducing the dependency on farming of animals.

“The first calculations done by the University of Helsinki showed that producing egg-white protein in a cell factory generates around 75% less greenhouse gases and uses 90% less land than rearing chickens. The big change in land use is based on vertical rather than horizontal expansion. This frees up land for returning it to natural state or other than to agricultural use”, says Emilia Nordlund, Research Team Leader at VTT.

“So far, the production method has been tested by VTT in a 300-litre bioreactor, from which it can easily be scaled up for larger production units”, states Christopher Landowski, leader of VTT’s protein production team.

The production cost of the egg white protein produced by this method is estimated to be less than EUR 10 per kilo and is suitable for large scale (more than 300 000 litres) industrial production. The cost to produce egg white protein by cellular agriculture is competitive, when compared to the production costs of egg proteins from chickens. On the other hand, the egg protein prices have been forecasted to increase, and also the fluctuation in the egg prices have raised concern in the food industry.

VTT, being a key partner in the cellular agriculture domain, is currently developing the microbial production technology along with several leading start-up companies, and with long-term research and licensing agreements. So far, globally the expected financial and commercial demand for cellular agriculture is extremely high. “This is not only about chickens or about eggs; it is about creating completely new businesses to disrupt the food industry”, says Emilia Nordlund.

VTT has comprehensive expertise in the production of various proteins by microbes, and with the lead of Christopher Landowski the team is also developing novel enzymes and biomaterials. For the food protein production, VTT has studied not only the egg proteins, but also other animal-based food proteins. In VTT’s trials, manufacturing of milk proteins in the microbe-based bioprocesses has also been evaluated, for example.

In the future, by applying biotechnical methods the properties of the egg white proteins can be further modified to improve their baking and foaming properties. The new technologies provide an opportunity to create novel functional proteins that can provide new eating experiences and sensations to the consumers.


VTT is a visionary research, development and innovation partner. We drive sustainable growth and tackle the biggest global challenges of our time, and turn them into growth opportunities. We go beyond the obvious to help the society and companies to grow through technological innovations. We have over 75 years of experience of top-level research and science-based results.