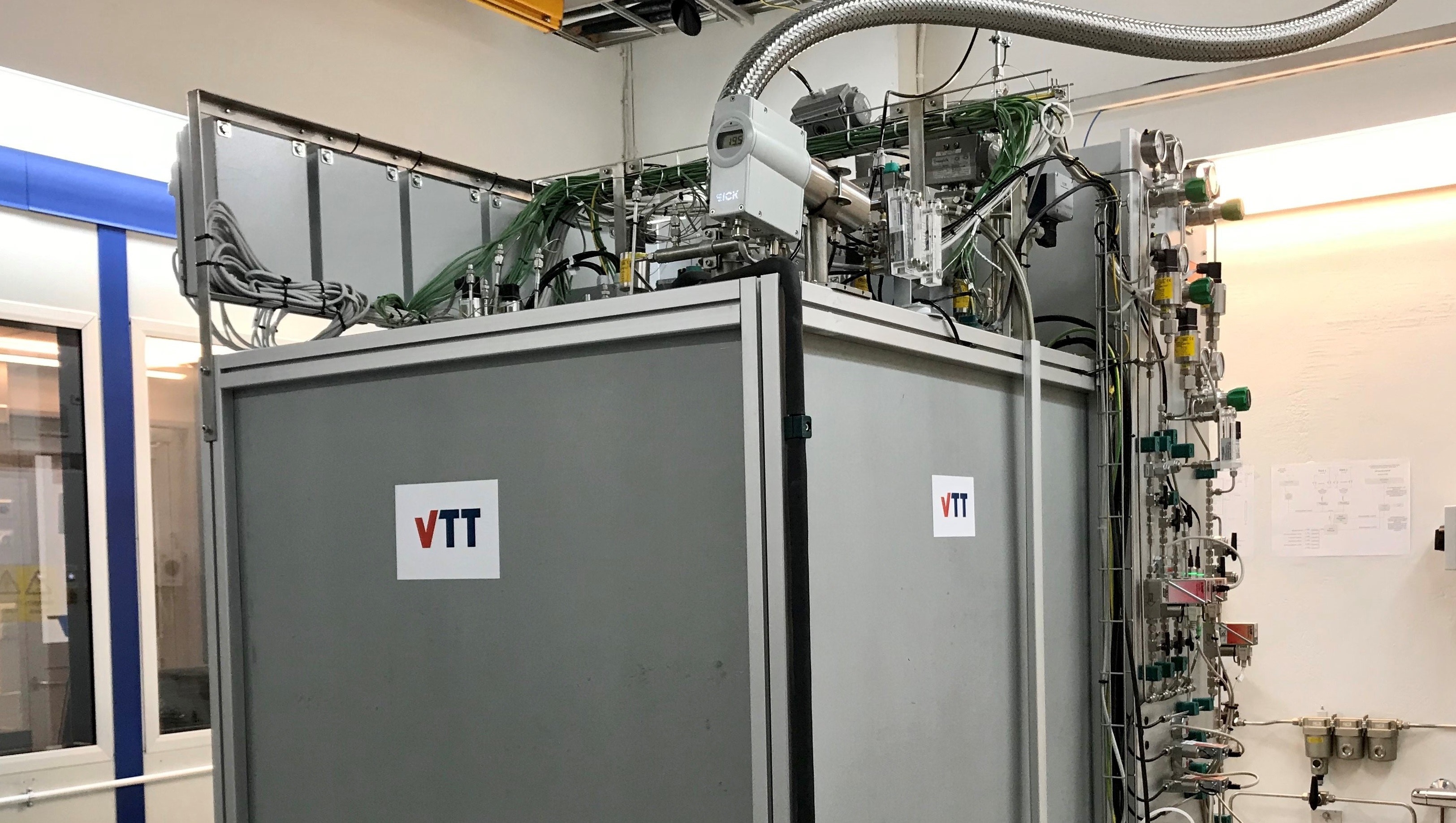 Hydrogen technology is playing an increasingly important role in mitigating climate change. Hydrogen, which is widely used in industrial processes, is also suitable for fuel and energy storage and can be produced from water without emissions. VTT has combined devices that produce hydrogen from water and electricity from hydrogen into a single movable system that produces hydrogen with an efficiency as high as 80–90%.

When hydrogen reacts oxygen in a fuel cell, electricity is generated with only water vapour as emissions. This electrochemical basis for hydrogen technology is old, but its recent applications are becoming increasingly important in moving away from fossil fuels e.g. in heavy traffic and electricity production. The core question that has come up is how to produce the hydrogen for fuel cells.

Hydrogen has traditionally been produced from fossil raw materials such as natural gas, but it can also be produced in an electrolyser by breaking down water into hydrogen and oxygen using an electric current. This makes hydrogen an emission-free fuel if the electricity has been produced without emissions.

“We developed a fuel cell electrolyser system, i.e. a reversible fuel cell system, that produces hydrogen and, when operated in reverse, electricity. The device can be installed e.g. in connection with a wind farm, making it possible to store environmentally friendly wind power as hydrogen and convert it back into electricity during peaks in consumption. The device fits in a 10ft shipping container and can easily be transported to a vehicle refuelling station or connected to a chemical industry process that uses hydrogen as a raw material. The device can be implemented on a usable scale”, says Research Scientist Ville Saarinen from VTT’s fuel cell team.

Weak efficiency has hindered the production of emission-free hydrogen and thus also the proliferation of hydrogen technology. Commercial electrolyser technologies are based either on alkali or PEM (Proton Exchange Membrane) technology, which is also used in fuel cell vehicles. It has achieved an efficiency of about 60% and bi-directional operation is not possible. VTT’s team used solid oxide cell (SOC) technology.

“Solid oxide cell technology and its required operating temperature of 700 degrees allow extremely high efficiency in hydrogen production. We can reach 80–90% with it”, Saarinen says.

Unlike a PEM fuel cell, VTT’s reversible solid oxide cell (rSOC) can also directly utilise other fuels besides hydrogen, including natural gas or biogas, i.e. methane. Fuel flexibility can prove to be a very important factor in the gradual transition to an emission-free energy system over the next 20 years.

VTT’s fuel cell team developed the fuel cell electrolyser system as part of the three-year BALANCE-EU project that will end in November this year.

VTT is a visionary research, development and innovation partner. We drive sustainable growth and tackle the biggest global challenges of our time and turn them into growth opportunities. We go beyond the obvious to help the society and companies to grow through technological innovations. We have over 75 years of experience of top-level research and science-based results. VTT´s turnover and other operating income is 268 M€. 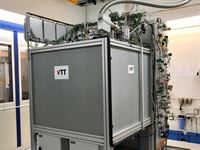