Opening of the new season in the Sculpture Park with  Igshaan Adams, Kudzanai Chiurai, Hannelie Coetzee, Nandipha Mntambo, Mary Sibande and James Webb.   Wanås Konst opens Barriers, an exhibition featuring six artists based in South Africa. South Africa is an important hub on the art scene that attracts artists from all over Africa. Barriers function to block, hinder and restrict—they are to be overcome, but they can also protect and safeguard. Borders emerge and vanish, and barriers are constructed that separate us from each other. With new and especially commissioned works in the Sculpture Park and the Art Gallery as well as a suit of recent films, several of the artists in Barriers work with representations of the human body. Additional exhibitions and programs 2015: The Children’s Book – Jenny Granlund & Johanna Koljonen, and Revisit – Past Performance that explores the history of performance at Wanås and includes a performance lecture with Robert Wilson, and a collaboration with Konsthantverkscentrum with contemporary craft. 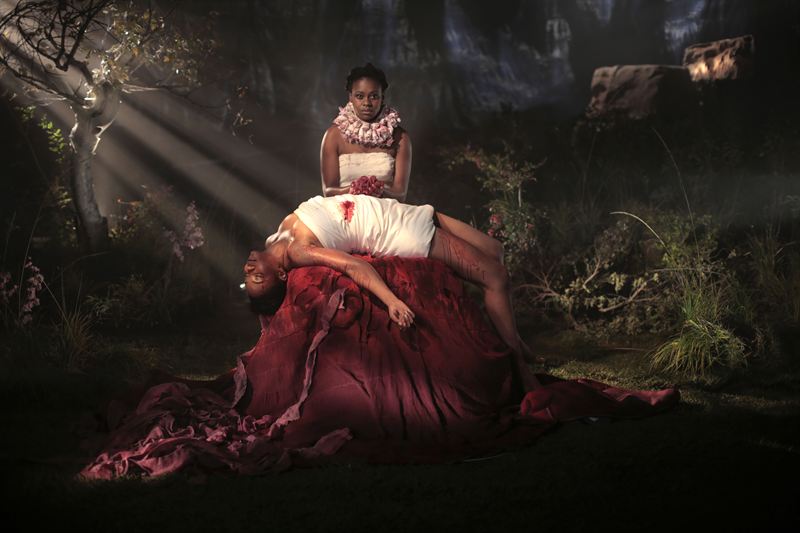 Barriers – Contemporary South Africa
Igshaan Adams, Kudzanai Chiurai, Hannelie Coetzee, Nandipha Mntambo, Mary Sibande, James Webb.
Barriers is the major exhibition at Wanås Konst this year. The exhibition brings together six artists working in South Africa, an active scene attracting young artists from many different countries. Through their choices of material, collaborations, and historical references, the artists make connections to the landscape and to Wanås as a site.

The title of the exhibition emphasizes border thinking. Barriers function to block, hinder and restrict – they are to be overcome, but they can also protect and safeguard. The exhibition presents a number of individual reflections in the form of newly produced artworks as well as a film trilogy (2011-2013) by Kudzanai Chiurai. Points of departure include representations – voices, the human body and self-portraiture. Several of the contributors work with the presence of a person or figure. A sound installation by James Webb made up of various prayers becomes a portrait of the city of Malmö: we see no one, and must imagine the people to whom the voices belong. In Nandipha Mntambo’s work a sculpture of a body shifts between form and architecture, while Igshaan Adams’ black stone sculpture moves between abstraction and figuration. Hybrids occur and, as in fables, animals are ascribed human characteristics. A large scale work by Hannelie Coetzee addresses the wild boar, an animal that embodies the challenges of co-existence. Mary Sibande presents a tableau vivant: a confrontational sculpture group of dogs and vultures surrounding a female commander based on the artist.

One of the traditional functions of portraiture is to make us remember and to reproduce external reality. In the exhibition the body is a recurring motif because of its expressive possibilities. In these artworks we are faced with the question: What place is the body? A human body is a site of conflict where boundaries are drawn.
Exhibition: May 17 – November 1, 2015.
Opening: Sunday May 17, 2015.
Press opening: Tuesday May 12, 2015.

Inspired by the park and the art Wanås Konst’s fifth foray into children’s books is a collaboration between artist Jenny Granlund and author, critic, and program host Johanna Koljonen. Each year since 2011, new writers and artists have accepted the challenge. Sometimes the words come first and then the pictures; other times a certain image has been the starting point. Astrid Lindgren wrote that children’s books are their very own art form, and the children’s book series at Wanås has been a way to explore the genre alongside artists and writers. The book and the project will be presented with a series of event.
Exhibition: May 17 – November 1, 2015.
Sneak peek for kids of all ages. June 14, 2015.
Book release: August 22, 2015.

In the Revisit series, we take a look into permanent works in the collection as well as exhibitions from previous years. In 2015, we have chosen to focus on that which no longer remains—performance art. In recent years’ exhibitions, we have explored the concept of sculpture from many different angles. What does the history of performance at Wanås look like? With the help of artists and past correspondence, texts, and images in the archive, we are looking back with a presentation in the café, programs during the season, and summaries of around 19 performances by 25 artists.
Exhibition in the Café and program: May 17 – November 2, 2015.
Performance lecture by Robert Wilson, September 2015 (date to be announced).

Konsthantverkscentrum (the Swedish Crafts Center) and Wanås Konst launch a collaboration where the genres meet on a level playing field. The exhibition reflects the contemporary craft scene, from utilitarian objects with a clear function to those with more personal stories.
Exhibition: June 14 – September 21, 2015

The 2015 exhibition season is accompanied by a freely distributed magazine. With artists’ presentations, and essays by Nthikeng Mohlele and Elisabeth Millqvist. In Swedish and English.

Press opening
Tuesday May 12, 2015, light lunch and coffee in the Café at noon followed by a tour through the exhibitions at 1pm.  The artists will be present. Please RSVP to press@wanaskonst.se before May 11. Welcome!

Wanås is a place in the world where art, nature and history meet. Since 1987 exhibitions of Swedish and international contemporary art have taken place, with a focus on site-specific installations. Today the sculpture park holds more than 50 permanent works, created specifically for Wanås Art by artists such as Ann Hamilton, Jenny Holzer, Yoko Ono and Ann-Sofi Sidén et al. Wanås consist of a medieval castle, an organic farm, a scenic sculpture park and an art gallery. Art is also installed in stable and barn buildings from the 18th and 19th centuries.

Wanås Konst is run by The Wanås Foundation. A non-profit foundation in Östra Göinge municipality, in the South of Sweden, only 1.5 h from Copenhagen, Denmark. Founding Director Marika Wachtmeister initiated the art projects at Wanås in 1987. Since  2011 the foundation is led by Elisabeth Millqvist and Mattias Givell. Read more at www.wanaskonst.se 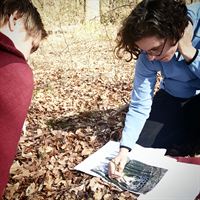 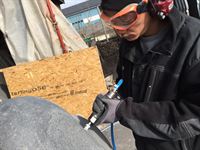