The Wanas Foundation – Wanås Konst opens this year’s exhibitions on Sunday, May 15. The art duo Nathalie Djurberg & Hans Berg (Sweden) along with Rafael Gómezbarros (Colombia) occupy the sculpture park, art gallery, and buildings of Wanås. They reflect the age we live in and drift between dream and nightmare, internal movements and migration. Djurberg & Berg seduce and shock us, blending desire and fantasy. In the Art Gallery, they debut their new film work, the stop-motion animation Worship, 2016, and their unique world of images inhabit the beech forest as for the first time they display a large sculpture group outdoors. Also for the first time, a work is being installed on the façades of the 15th century Wanås castle and the art gallery as Gómezbarros’ installation Casa Tomada, comprised of hundreds of gigantic ants, is presented in the sculpture park. He is motivated by the contemporary history of his homeland and tells of a violent reality. In the Art Gallery, Per Kirkeby (Denmark) displays new monoprints as well as paintings and sculptures from 1981 to 2016. Press preview Thursday, May 12, 12pm. 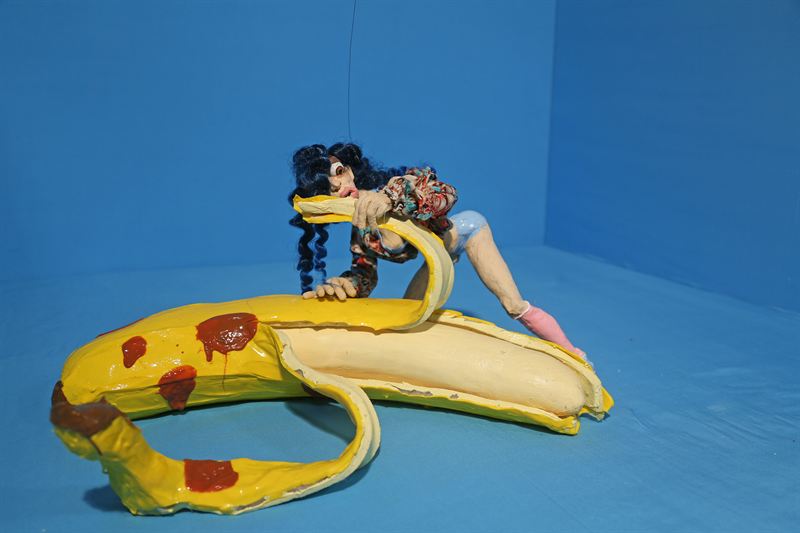 Nathalie Djurberg & Hans Berg show a new film work and a large outdoor installation
Djurberg & Berg represent one of Sweden’s most remarkable oeuvres in the international art scene. For Wanås Konst, they are creating their first large outdoor installation, present an installation in the art gallery, and debut a new film. work In the new works, they use sculpture, sound, and light to reinforce and distort experiences of nature. In recent years, they have moved from film to sculpture, as in a constant spiral of transpositions, and wandered from figurative to abstract and back again.

At Wanås Konst, we meet the different faces of their practice. In the park, they present their first large scale outdoor work, In Dreams, 2016, a sculpture group that takes nature as its starting point—but in a transformed version. The sculptures are reflected in a silvery, shimmering material. They refer to Alice in Wonderland in the new work, and Djurberg describes the group of sculptures as a teenage party: “The teenager’s conviction, with that fantastic self-assurance, that she knows absolutely everything and has a firm grasp on reality has been displaced; it is like waking up with one foot in this world and the other in an ‘Alice in Wonderland’ world.”

The relatives of this sculpture group reside in the Wonderland of Djurberg & Berg, acorns wear ruffled underpants, a bird in heavy makeup smokes out of its rear end, and another bird, its eyes wide open, appears to be in a trance.

In the Art Gallery, they present a completely new film, the stop-motion animation Worship, 2016. With this, Djurberg & Berg return to clay animations after having worked in recent years with more abstract motifs and landscapes in charcoal and chalk as animated films. In the action, sexuality is ever-present: victims and perpetrators switch roles, evil is everywhere, characters exploit and are exploited. On the art gallery’s upper floor, the duo’s installation Gates of the Festival, 2014, is being shown for the first time in Sweden. This work combines neon sculptures that are synchronized with music and moving pictures.

Nathalie Djurberg (born in 1978 in Lysekil) & Hans Berg (born in 1978 in Rättvik) are two of Sweden’s most remarkable artists of their generation. Djurberg began working with film while studying at Malmö Art Academy, and her animations of clay figures have attracted attention in large-scale solo exhibitions internationally. She and composer Hans Berg form a duo that has allowed the animations to wander off the screen and has created three-dimensional sculptures, installations, and stage designs with surrealist influences. Djurberg & Berg are based in Berlin. Since the Venice Art Biennale in 2009, they have investigated sculpture as expression and allow us to enter new worlds populated by birds, giant fruits, and glazed donuts. In Sweden, Djurberg & Berg’s films were shown in a large exhibition at Kristianstad art gallery in 2010, and in 2012, they had a comprehensive exhibition at Röda Sten in Gothenburg. Their international exhibitions include Kunsthalle Wien in Vienna, the Walker Art Center in Minneapolis, the Garage Museum of Contemporary Art in Moscow, and Fondazione Prada in Milan. They have recently been featured in solo exhibitions at ARoS Aarhus Kunstmuseum in Denmark, the Australian Centre for Contemporary Art (ACCA) in Melbourne, and Gió Marconi in Milan, as well as in group exhibitions such as The Great Mother at Fondazione Trussardi, An Introduction at Fondazione Prada, Arts and Foods at the Triennalle di Milano, as well as in Milan.

Rafael Gómezbarros’ installation Casa Tomada occupies Wanås Castle
Rafael Gómezbarros (born in 1972 in Santa Marta, Colombia) is being introduced to a Swedish audience for the first time. On the façades of the art gallery and Wanås castle, Casa Tomada (House Taken), a work that is comprised of 300 half-meter-long sculptures of ants. For the artist, ants are a symbol of the industrious and hard-working migrant, transplantation across the world, and social organization. The ant’s body is formed by skulls and reminds us how migration is intertwined with danger and death, and of the brutal reality in the artist’s homeland. As the result of prolonged wars and conflicts, Colombia’s borders hold millions of internal refugees today.

Since 2008, Gómezbarros has installed his hundreds of ants on public buildings in Colombia, but he shows when they are exhibited in other places around the world that they carry a story that reaches beyond Colombia’s borders and impacts us all. The global migrant weaves together one place with another, the local with the global—Bromölla with Bogotá. Wars, urbanization, and economic inequality—the reasons behind people’s movements in the world bear many similarities. Casa Tomada takes place in a highly relevant global context. The whole world is encapsulated in Gómezbarros’ ants. In the Art Gallery, visitors will find an exhibition with photographs documenting Casa Tomada on various buildings around the world and also a workshop that will be open during the exhibition.

Gómezbarros works in Bogotá and has done a number of notable exhibitions internationally, among them large installations at the Saatchi Gallery in London; Bienal del Fin del Mundo in Mar del Plata/Valparaiso, Argentina; the Offenes Kulturhaus center for contemporary art in Linz, Austria; the 11thBienal de la Habana in Havana, Cuba; and the first Trienal Internacional del Caribe, Museo de Arte Moderno in Santo Domingo in the Dominican Republic. He has also had a number of exhibitions with other works at museums and galleries in Colombia, such as Quinta de San Pedro Alejandrino in Santa Marta, Museo de la Aduana in Barranquilla, Museo Bolivariano Arte Contemporáneo in Santa Marta, and Museo de Arte del Tolima in Tolima. In the autumn of 2014, contemporary culture program SVT Kobra featured Gómezbarros in an episode that garnered a great deal of attention.

New work by Per Kirkeby in this year’s Revisit
In the Art Gallery, visitors will find a suite of monoprints created especially for the exhibition that focuses on Per Kirkeby (b. 1938) and displays a long and multifaceted art practice. Revisit is a part of an exhibition series that highlights artists in the sculpture park. His red brick sculpture Wanås, 1994, is part of the sculpture park’s permanent collection. With Kirkeby, the red bricks are set against the chalk drawings on black background, and standardized measurements against shapes that were formed by hand. In the exhibition, we can follow his versatility as an artist—through drawings, sculpture, and graphics—and see both older and completely new artworks. The images on black masonite, his “boards,” are dated from 1987 to 2009, the bronze sculptures are from 1981 to 2010, and a series of monoprints where each print is unique. Kirkeby has worked with masonite of the standard 122 x 122 cm format since the 1960s, creating both paintings and chalk drawings. Elements from nature recur frequently. The small bronze models are preliminary versions of Kirkeby’s brick sculptures that are placed in landscapes and cities around the world; they are also models for impossible works or projects that never came to pass. The bronze sculptures bear the imprint of the hand that kneaded the clay, in contrast to the predetermined expression of the brick modules. Kirkeby works in series; motifs recur in altered, developed forms in every medium. One image gives birth to the next.

Per Kirkeby had his first solo exhibition at Den Frie artists’ association in Copenhagen in 1965. Since the 1980s, he has occupied a strong position in the international arts scene and participated in exhibitions such as the Venice Biennale (1976, 1980, 1993 and 1997) and dOCUMENTA in Kassel, Germany (1982), as well as solo exhibitions at Louisiana Museum of Modern Art in Denmark (2008), Tate Modern in London (2009), and others. Recent exhibitions 2016 include Avantgardens Blå (The Avant-garde’s Blue) at Kunstföreningen GL STRAND, as well as Galleri Bo Bjerggaard, both in Copenhagen. Kirkeby held a position as professor at the Art Academy in Karlsruhe from 1978 to 1989 and at Städelschule in Frankfurt from 1989 to 2000.

Thursday, May 12; Lunch 12pm, followed by a tour with Elisabeth Millqvist, Artistic Director of The Wanas Foundation – Wanås Konst, as well as artists in attendance.
RSVP by May 11 to Sofia Bertilsson, press@wanaskonst.se
Welcome!

Super Sunday, June 12, 2016
David Svensson, Världens hem (The Home of the World)
Maria Bajt, Children’s book room and book release of Cows Can Dream by Maria Bajt and Jason Diakité in English and of the audio book in Arabic
Exhibition dates: June 12 – November 6, 2016

Wanås Konst – Center for Art and Education, presents and communicates contemporary art that challenges and redefines society. Wanås Konst produces site-specific international art and learning in an innovative and available way for the many. Wanås is a place in the world where art, nature and history meet. Wanås consist of a medieval castle, an organic farm, a scenic sculpture park and an art gallery in southern Sweden. Wanås Restaurant Hotel opens on the premises Fall 2016. 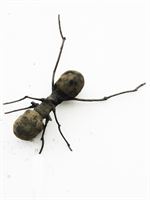 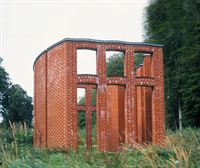 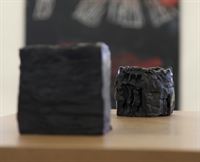 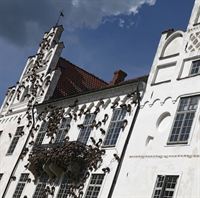 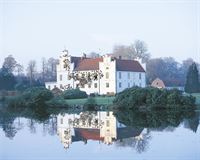