In 2016, the Swedish artist duo Nathalie Djurberg & Hans Berg, together with the Colombian artist Rafael Gomezbarros, will visit Wanås Konst with their large-scale installations in the sculpture park and in the Art Gallery. Between dream and nightmare, inner transitions and migration, these artists reflect our time. “As in a dream, both Djurberg & Berg and Gomezbarros blend the familiar with the unfamiliar, oscillating between phantasmagoria and horror,” says Elisabeth Millqvist, artistic director at The Wanas Foundation that runs Wanås Konst, when she describes their work. Djurberg & Berg use the language of fairytale and legend to process and put words to that which cannot be told in any other way. Gomezbarros’ oeuvre has a strong social and political undercurrent, bringing to light those who have disappeared in migration. Djurberg & Berg are two prominent artists, in Sweden and internationally, and this is their first major outdoor project involving sculpture and audio installation on a monumental scale. Gomezbarros, whose exhibitions have gotten international attention, is showing his works for the first time in Sweden. 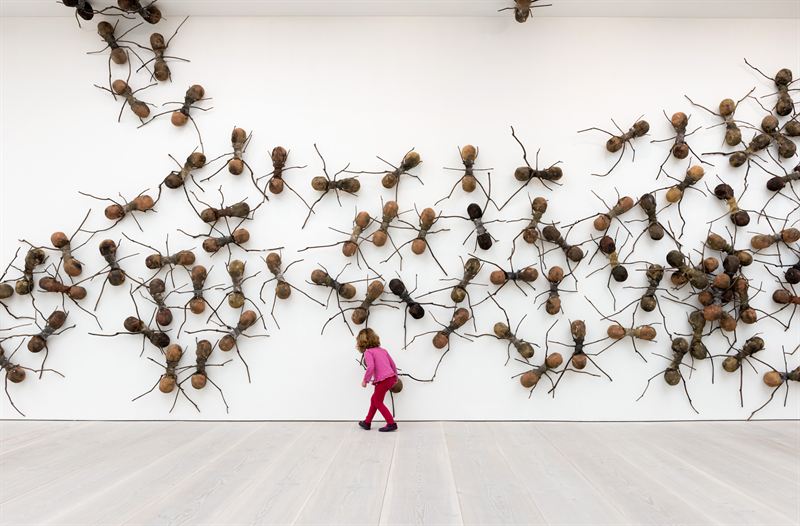 Nathalie Djurberg (b. 1978 in Lysekil) & Hans Berg (b. 1978 in Rättvik) are among Sweden’s most well-known artists in their generation. They are creating their first-ever outdoor project for Wanås Konst, and will also present a major installation in the gallery. The new work enhances and warps our experience of nature, using sculpture, light and sound. Djurberg began working with film at the Malmö Art Academy, and her clay animations have gained widespread recognition with extensive solo exhibitions in Sweden and internationally. She and the composer Hans Berg form an artist team who together have let the animations step out from the screen and become three-dimensional sculptures, installations and stage sets with surrealist influences. Djurberg & Berg are based in Berlin. Since the Venice Biennale in 2009, they have been exploring sculpture as a medium, inviting us into new worlds, with birds, giant fruits and glazed donuts. In Sweden, films by Djurberg & Berg were featured in a major exhibition at Kristianstad konsthall in 2010, and again in 2012 in an extensive exhibition at Röda Sten in Gothenburg. Their international exhibitions include Kunsthalle Wien, the Walker Art Center in Minneapolis, the Garage Museum of Contemporary Art, Moscow, and the Fondazione Prada, Milan. They are currently featured in solo shows at the ARoS in Aarhus, the ACCA Australian Centre for Contemporary Art in Melbourne, and Gió Marconi in Milan, and in group exhibitions such as The Great Mother at Fondazione Trussardi, An Introduction at Fondazione Prada, Arts and Foods at the Triennale di Milano, all of which are in Milan.

Rafael Gomezbarros (b. 1972 in Santa Marta, Colombia) is showing his work for the first time to a Swedish audience. At Wanås Konst, he will present two outdoor pieces, one being Casa Tomada from 2013. This installation consists of 50-centimetre sculptures of ants based on casts of skulls. “Gomezbarros’ ants have invaded buildings associated with power and history. Together, they are on the march, as a symbol of man's constant voluntary or involuntary migrations.” says Elisabeth Millqvist. Gomezbarros often works in nature, introducing a social and political perspective to the trees and undergrowth, with sculptures on a theme of skeleton and skulls. The ants make the invisible visible, all the thousands of migrants across the world who disappear on their voyage or on reaching their destination. Gomezbarros is based in Bogotá and has had several well-received international exhibitions, including monumental installations at the Saatchi Gallery, London, Bienal del fin del Mundo, Mar del Plata/Valparaíso, Offenes Kulturhaus/Center for Contemporary Art, Linz, 11 Bienal De La Habana, Havana, 1 Trienal Del Caribe, Museo de Arte Contemporáneo, Dominican Republic. His works have also been shown at numerous exhibitions and museums and galleries in Colombia, including Quinta de San Pedro Alejandrino, Santa Maria, and Museo de Arte del Tolima, Tolima. In autumn 2014, Swedish Television SVT Kobra broadcast a major feature on Gomezbarros.

The Sculpture Park with the collection is open daily all year round.
Winter season until May 15, 2016: The Café, the Art Gallery and the indoor installations are closed.

Wanås Konst – Center for Art and Education, presents and communicates contemporary art that challenges and redefines society. Wanås Konst produces site-specific international art and learning in an innovative and available way for the many. Wanås is a place in the world where art, nature and history meet. Wanås consist of a medieval castle, an organic farm, a scenic sculpture park and an art gallery in southern Sweden. 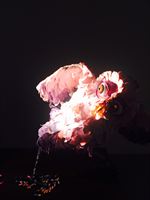