Acclaimed director and artist Robert Wilson visits Wanås for a conversation about voices and silence, presence and absence. The installations A House for Edwin Denby, part of the permanent collection, and Edwin’s Last Day, an installation Wilson made in 2000, are the starting points. The talk will cover experimental theater and performance, as well as video portraits. Performance has a long history at Wanås.  The occasion is part of the ongoing Revisit – Past Performance, a program and exhibition that looks back at performances in the collection and in previous exhibitions. Robert Wilson has said, ”an artist recreates history, not like a historian, but as a poet.” The conversation will take place on Sunday, September 27, 2015, at 3pm. 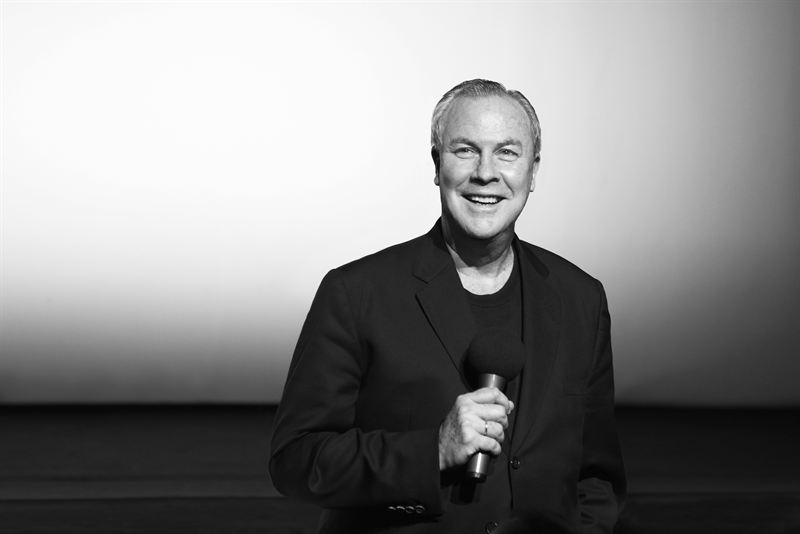 Set amongst the tall beech trees in the Wanås Sculpture Park,Wilson’s installation A House for Edwin Denby, is an unforgettable experience. Light shines out of the windows of the small house, which cannot be entered and is furnished with nothing but a simple chair and a table with an open book. A voice fills the air around the house. Calm, enchanting, it tells of voyages, last ones and past ones. It is the voice of Wilson. In 2000 Wilson made two works dedicated to Edwin Denby (1903-1983), a prominent American poet and dance critic. In addition to A House for Edwin Denby, he also created Edwin’s Last Day in the Barn at Wanås.

Language and words are key elements of Wilson’s art and he also works with their opposites – silence and absence. He stretches and expands language and treats words as if their meaning is particular to a character or uses words as visual components.

Wilson is best known for his work with avant-garde theater and opera. Together with prominent composers and musicians such as David Byrne, Philip Glass, and Tom Waits, he has created unique productions, often taking on the role of director, scriptwriter and set designer himself. Upcoming projects include Verdi’s La Traviata in Linz opening on September 19, as well as a new opera based on the life of Nicola Tesla – a collaboration that includes Jim Jarmusch and Tilda Swinton. Wilson is the founder and Artistic Director of the Watermill Center, Water Mill, New York, a laboratory for the arts that yearly offers a program in which, up to twenty collectives or individual artists take up residence at the Center to create collaborative works that critically investigate, challenge, and extend the existing norms of performance practice. One of the current resident artists is Tilde Björfors, founder of Cirkus Cirkör.

Born in Waco, Texas, Wilson is among the world’s foremost theater and visual artists. His works for the stage unconventionally integrate a wide variety of artistic media, including dance, movement, lighting, sculpture, music, and text. His images are aesthetically striking and emotionally charged, and his productions have earned the acclaim of audiences and critics worldwide. After being educated at the University of Texas and Brooklyn’s Pratt Institute, Wilson founded the New York‐based performance collective “the Byrd Hoffman School of Byrds” in the mid‐1960s, and developed his first signature works, including Deafman Glance (1970) and A Letter for Queen Victoria (1974 –1975). With Philip Glass he wrote the seminal opera Einstein on the Beach (1976). Wilson’s artistic collaborators include many writers and musicians such as Heiner Müller, Tom Waits, Susan Sontag, Laurie Anderson, William Burroughs, Lou Reed and Jessye Norman. He has also left his imprint on masterworks such as Beckett’s Krapp’s Last Tape, Puccini’s Madama Butterfly, Debussy’s Pelléas et Melisande, Brecht/Weill’s Threepenny Opera, Goethe’s Faust, Jean de la Fontaine’s Fables, and Homer’s Odyssey.

Wilson’s drawings, paintings and sculptures have been presented around the world in hundreds of solo and group exhibitions, and his works are held in private collections and museums worldwide. Wilson has been honored with numerous awards for excellence, including a Pulitzer Prize nomination, two Premio Ubu awards, the Golden Lion of the Venice Biennale, and an Olivier Award. He was elected to the American Academy of Arts and Letters, as well as the German Academy of the Arts. France pronounced him Commander of the Order of Arts and Letters (2003) and Officer of the Legion of Honor (2014); Germany awarded him the Officer’s Cross of the Order of Merit (2014).

Jag vill bygga is available in the bookshop. Order through: shop@wanaskonst.se.
Exhibition in the Art Gallery with works by Jenny Granlund and Fredrik Söderberg:
May 17 – November 1, 2015

Artists have buried themselves in the leaves, sold ice cream, covered the park in stripes with help from visitors, and waged battle between Sweden and Denmark with gear from IKEA’s kitchen department. This year, Revisit looks back at performances in the collection and in previous exhibitions. Discover the history of performance, around 19 performances by 19 artists, at Wanås through an exhibition and a program.

Publication WK#15
The 2015 exhibition season is accompanied by a magazine. With artists’ presentations, and essays by Nthikeng Mohlele and Elisabeth Millqvist. In Swedish and English.

Wanås is a place in the world where art, nature and history meet. Wanås consist of a medieval castle, an organic farm, a scenic sculpture park and an art gallery in southern Sweden.

Wanås Konst – Center for Art and Education, presents and communicates contemporary art that challenges and redefines society. Wanås Konst produces site-specific international art and learning in an innovative and available way for the many. 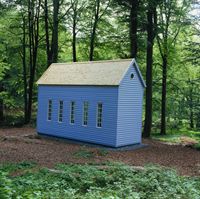