Single Ladies, Where Do You Shop for Dates? The Checkhimout.com Mobile App Enables Man-Shopping On-the-Run. 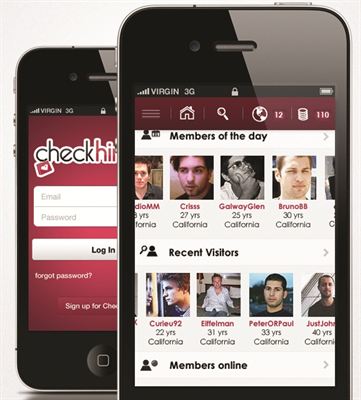 Checkhimout (www.checkhimout.com), the only dating website where women are in control, has released its mobile application for Apple- and Android-operated devices. The site’s founders expect usership of the new app to account for over 50% of the site’s activity by 2014.

Checkhimout (www.checkhimout.com), the online dating service that lets women shop for their next romantic date, has released its mobile application this fall. The free app, which gives its members access to all of the website’s features directly from their smartphone or tablet, is already enjoying a high adoption rate. With over ten thousand downloads in the past few weeks, it is projected to account for most of the site’s usage in just over a year.

As the popularity of smartphones increases in the United States, where the ownership of such devices has surpassed that of other cell phones this year, so does the popularity of mobile dating… or, in this case, shopping. The main players in the industry have all taken the leap and gone mobile, and Checkhimout is no exception.

“Launching an app version of the website was always in the cards for us” says Katie Greene, spokesperson for Checkhimout.com “Mobile dating is booming and as one of the newest entrants in the industry, we are taking the lead on this promising medium.” Conservatively, the site’s founders expect Checkhimout's mobile usership to supersede that of the web version by the start of 2014.

The application format is popular amongst all online daters, more than half of whom have already adopted the mobile version of their preferred dating website, according to a study by Flurry Analytics. Mobile dating lets users connect with matches on the go rather than confining them to their computer screens as they search for love. As such, the experience is better integrated into singles’ lifestyles and provides an enhanced user experience.

According to an in-house study whereby female users of the Checkhimout application were surveyed, 32% of women use the mobile man-store while commuting on public transport, 26% do so in the comfort of their homes whilst relaxing to primetime TV and a cheeky 19% even use the app at work or in class.

With the Checkhimout mobile app, all single shoppers may create their dating profile, upload photos to their public and private albums, discover the members that match their specific search criteria, receive “crushes”, add men to their shopping bag and exchange messages or virtual gifts as they would on the website.

The free Checkhimout mobile app is available for download on Apple and Android smartphones or tablets on the iTunes store and on Google Play.

CheckHimOut has turned the online dating world upside down only giving women the possibility to initiate contact with potential matches. The site allows women to shop for the men they are interested in - and only those men have the privilege of making contact with them. This breakthrough approach to matching eliminates online harassment for women, while sparing men from potential rejection.

Weehy (www.weehy.com) is the app that brings the Wash to the Car. Weehy helps car owners find and book mobile detailers from their computer or mobile device. Booking a carwash through Weehy is quick, easy, and 100% secure. The app is free to use, and offers carwash options anywhere from an express clean to the full interior and exterior detailing experience. The service is standardized and completed by professionals that have been hand-selected for their expertise and trustworthiness. Weehy was launched in October 2013 by 17Hills LLC and is headquartered in Los Angeles, CA. 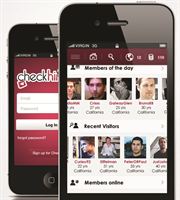