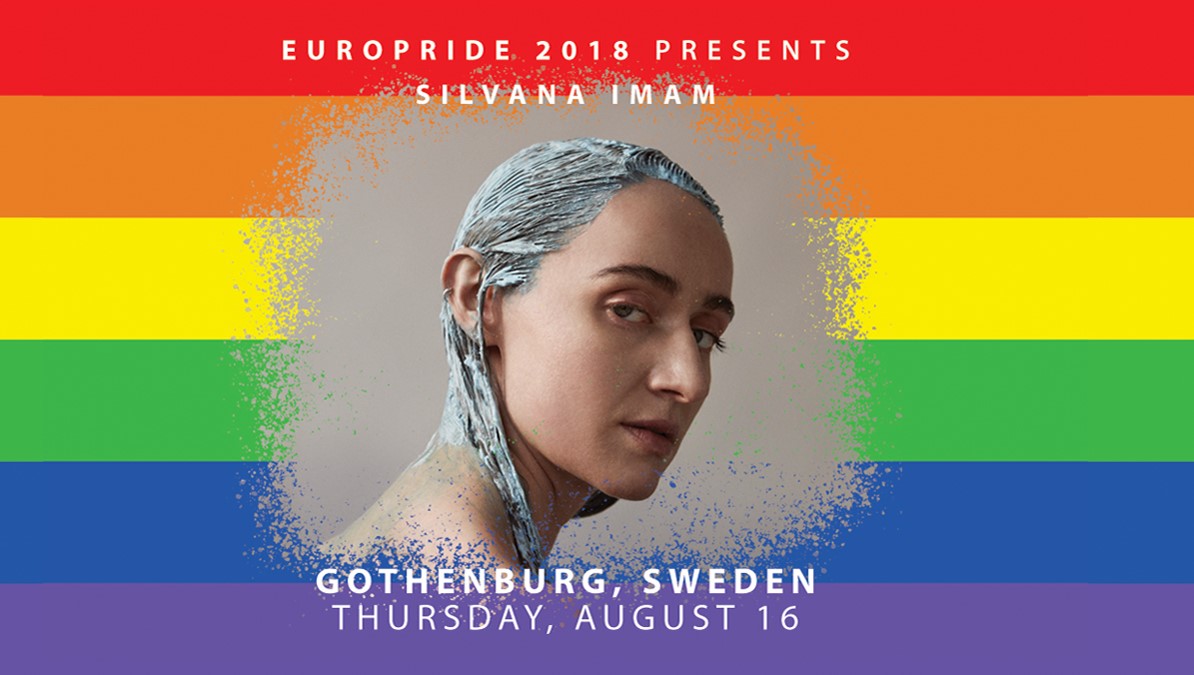 On August 16th Silvana Imam will perform at Götaplatsen in Gothenburg, Sweden during EuroPride 2018.

Silvana Imam has become one of Sweden’s biggest rappers since her debut album Rekviem came out in 2013. With the debut album and two EPs, ”När du ser mig - se dig” and ”Jag dör för dig” released Imam won ”Writer of the year” at the Music Publishers’ Prize 2015 and ”Live artist of the year” at Swedish radio awards P3 Gold and ”Artist of the year” at Swedish Grammy awards 2016. The acclaimed sequel Naturkraft was released in 2016 and during the fall the ”Regnbågsfärger över Sverige” tour took place around Sweden, but also in Denmark, Finland and Iceland.

In 2017 Silvana had something she calls "a break". During her break she released two new singles, a coffe table book and a documentary about her life and career. The film premiered in September 2017 and has been on cinemas all around Sweden and is screening on Film Festivals around the world. In January 2018 “Silvana - Väck mig när ni vaknat” film won the best documentary award at Guldbaggen (the Swedish Oscars awards).

Silvana Imam's first single of 2018 "Vikken Da" from the upcoming album ("Holy Mother") is a blow for a wave of changes that need to happen in our society. The patience is over. The radio tells us that the patriarchy powers are all dead. Something new is bound to happen and a shift of power is evident from different movements. This is more than rap music. It is the vengeance of the minority.Quotes regarding her new music, Silvana has said:

"with "Holy Mother" I have experimented and challenged myself, my ways of making music  and my voice more than I ever did. I've been uncomfortable and those feelings have led me to make the best songs I've done to this date".

TWO CITIES, ONE COUNTRY – FOR A UNITED EUROPE, OPEN TO THE WORLD This year both West Pride and Stockholm Pride have the honour to organize EuroPride in Gothenburg and Stockholm. European Pride Organisers’ Association award is a European Pride Organization each year the license to organize EuroPride. The purpose of EPOA is to promote lesbian, gay, bisexual and transgender Pride on a pan-European level and to empower and support local and national pride organisations in their efforts of planning and promoting pride celebrations. EPOA also wants to facilitate networking and skill-sharing among members. The first EuroPride to ever be organized was in London in 1992.