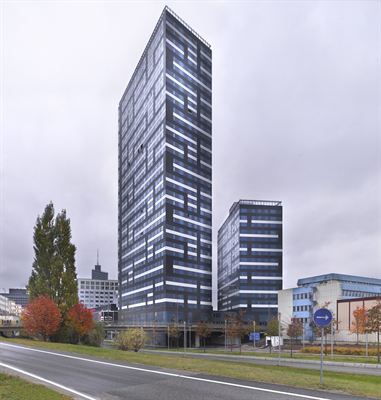 In the middle of expansive Kista in Stockholm, rises Kista Tower, a residential block with two towers boldly interrupting the urban city profile. The taller tower has 35 floors and is the tallest residential building in Stockholm, with spectacular views of the Capitol city. WICONA has supplied both façade and window systems for the building.

Ground for Kista Tower was first broken in the fall of 2012 and construction was completed in the beginning of 2016. The architectural design of the building was provided by the architectural firm of Brunnberg & Forshed. The façade consists of several layers of glass which create an exciting contrast and a dynamic pattern, which renders Kista Tower into a functional residence with an urban and magnificent exterior.

There are many challenges involved in building such a tall residential structure. The building is constructed to withstand winds that can sway the building up to 12 cm. This movement must occur very slowly, so as not to be noticed by the people staying in the building. There is also a sprinkler system installed in each residence, as the height of the building would prevent any fire trucks to have access in case of a fire.

Kista Tower is centrally located within the district, adjacent to the Kista Galleria mall with shops and restaurants, a go-kart track, a bowling alley and a cinema. The building's lush green rooftop terrace is located at a height of 120 metres and open to all residents; it provides a stunning view of the surroundings. There is also a banquet hall and a leisure centre with a sauna available to the residents.

Kista Tower has already become an enduring landmark in the area, with panoramic views from generously sized windows. The residences are airy, bright and stylish; they all come with a glassed in veranda which is heated all year around. The building with its mighty height is very timely, as the lack of available land is decreasing along with accelerating urban density and a greater shortage of housing.

Certified energy-efficient building with WICONA façade and window systems
Kista Tower is a low energy building, which means lower heating costs and thus lower carbon emissions. The building is also energy rated, which means that the building's climate footprint is determined. It is energy classified B, and it is based on the building's estimated energy use.

The WICONA WICLINE 75 evo window system was also selected for the project, due to its top rated thermal insulating performance. A special frame with a slim pressure plate was also designed for optimal and smooth attachment to the façade. WICSLIDE 65FS was used as a folding/sliding window solution in order to maximize the openable portion of the window while simultaneously reducing the space needed for the opening parts. 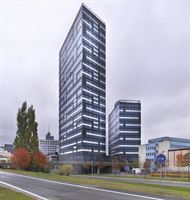 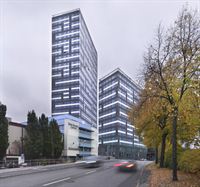 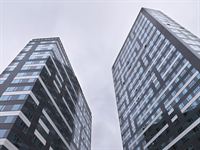 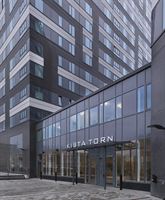