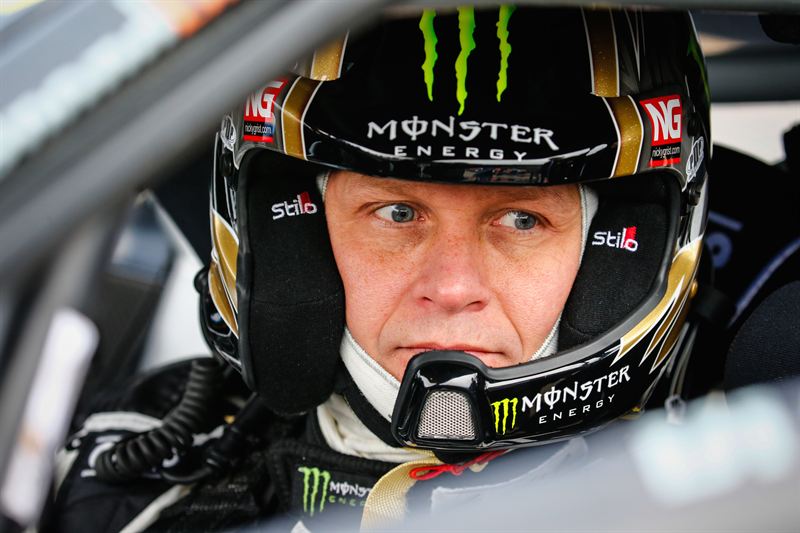 Heroes leave their mark. Muhammad Ali certainly did that. And not only to Sonny Liston and Joe Frazier, but on Petter Solberg too.

Triple FIA World Champion Solberg was a huge fan of the American boxer and, like so many around the world, was saddened to hear of his death on June 3. The inspiration lives on.

“Being the fastest and the smartest is what life is all about for me in the FIA World Rallycross Championship. It was those traits that Muhammad Ali used throughout his career. But Ali was so much more, he was truly The Greatest.

“The People’s Champion knew all about his destiny. He wasn’t the biggest, the strongest or the meanest, but he was the fastest and he was definitely the smartest. And what a personality… These are the things I admire the most with Muhammad Ali; those qualities are, in my opinion, crucial to any sports champion.

“Ali versus Foreman in 1974 is certainly one of the greatest battles in sport’s history. Ali was the underdog, Foreman had destroyed his previous opponents and hit harder than anybody at that time. But Ali found the perfect tactic: he backed himself onto the ropes, took the punishment, waited, waited, waited, then came out and ended Foreman.

“At the start of 2014, I found the tactic too. We watched and read so much about Ali, when we were trying to find the right way forward, it was his inspiration that helped me and my team drive clever and win smart.

“That’s what I have to do this weekend. [Mattias] Ekstrom is the man right now and he’s got us all on the ropes. Now we have to be smart, we have to find the time.

“Ali once said: “'I am so fast that, last night, I turned off the light switch and was in bed before the room was dark.” We need speed like that to beat the Audi this weekend.

“Ali was a true fighter in and out of the ring. He never gave up and I won’t either.

Stinging like a bee means getting past Ekström. After starting his second FIA World Rallycross Championship title defence with a perfect win in Portugal, Petter has been forced to give best to his Swedish rival three times in succession. Just five points separate them in the drivers’ title race and they’re both relishing the fight.

Petter added: “To be honest: I truly love this intense fight between us. The 2016 FIA World RX Championship title will, for sure, be one for the memory books – whoever wears the crown at the end of the year. In this battle there’s just no room for mistakes. Every single day one must look for development of both the car and driver capability.”

Seconds out, round five. Ding-ding.