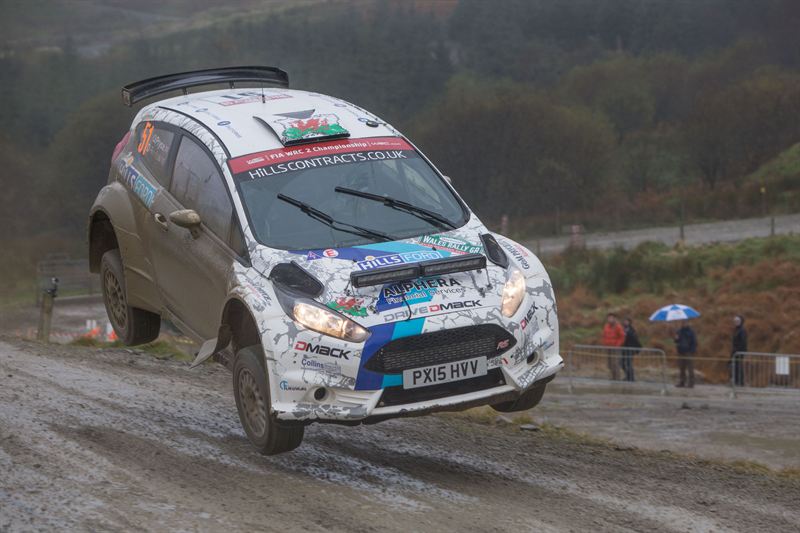 This year’s Drive DMACK Fiesta Trophy champion has stepped up to the World Rally Championship’s premier support category (WRC2) this week and made an immediate impression on the sport’s top flight.

Twice on today’s eight stages, the 23-year-old was the fastest driver in a Ford Fiesta R5 – an incredible achievement for Osian and Dale on their WRC2 debut.

Frustratingly, they would have finished the day top Fiesta R5 runner in the field were it not for the loss of more than half a minute with a puncture on this morning’s final stage.

Osian said: “I’m really happy with that first day. We’ve done exactly what we wanted to do against the other Fiestas – those are the only guys we can compare ourselves to.

“I drove this car for 10 or 15 miles on Monday, but apart from that I was straight into it this morning and to be beating drivers who have been in these cars all year is what I was hoping for at the end of the rally – not the first day!

“The only frustration today was the puncture. I clipped a concrete kerb in one of the stages and the tyre went down straight away. Luckily, the tyre stayed on the rim until the last couple of corners when it started to disintegrate. We lost around half a minute with that problem and without that, we would have been first Ford in WRC2 tonight. That’s a fantastic progression in a single day, I’m happy with that.

“The conditions have been so tough today – really not ideal to be learning a new car! The fog in Myherin both times was unbelievable and the changing grip levels in the rain and then as the roads dried a little bit made it so difficult to judge the braking distances and just how much corner speed you could carry.

“To be honest, I’ve loved it today. After driving a one-litre Fiesta to win DDFT, getting in this thing is just awesome.

“I’ve got to say a big well done to the organisers for a great route today and for bringing us into Chester tonight. It’s the end of a long day, but to see so many spectators in the city makes it all the more worthwhile. Fantastic day. And tomorrow we’re on home territory – I can’t wait!”

Osian’s day in detail. His times against his WRC2 rivals.

SS7: 5th fastest (6th in WRC2) up to fourth with great time in Hafren