Frustration for Solberg in Spain 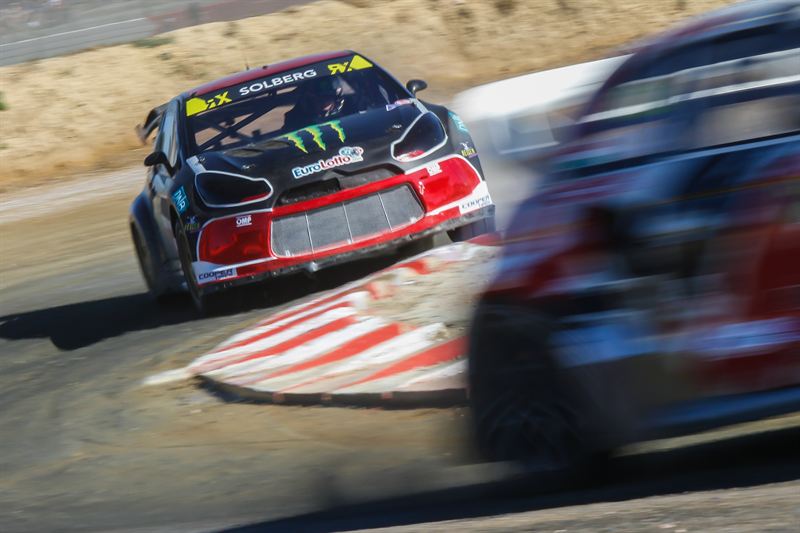 Frustration for Solberg in Spain

Petter Solberg endured one of his most frustrating weekend’s ever behind the wheel at World RX of Barcelona – the culmination of which was missing a place in the final and the loss of his championship lead.

Early power issues tempered Solberg’s Saturday speed, but it was a damp track on Sunday that really built the frustration. The organiser’s decision to water the track cost Solberg his chance to crack a top time against those running on a drier, grippier track in the other races.

He made the semi-final, but was knocked out of third place on the first lap and couldn’t find a way back to the final.

“Frustration is definitely the word from here,” said Solberg. “We had some issues early in the weekend, but still I was confident for Sunday and then they come with this crazy decision to water the track. How can they do that?

“We made it through qualifying into the semi-final and that race started OK. I made a good start from where I was on the grid. I was behind Loeb going down the hairpin and then Larsson hit me and knocked me wide. After that, I did everything I could, I tried my best to come back at them [Loeb and Larsson fighting ahead], but the final wasn’t possible this time. I’m really disappointed, but let’s look forward and push on for the next race.”

Q1 – 4th  (position in the standings after qualifying races)

Pole-sitter Petter dropped the clutch on the line, only to find some of his 600 horses were still sleeping. Despite a sudden drop in boost, the championship leader kept himself in the battle. Baumanis passed him on the straight, but Petter got his own back a lap in. Back in the lead, he controlled proceedings to set fourth best time.

Starting from fourth on the grid is not easy at the best of times, especially not when you’re still suffering engine issues. Despite both of those handicaps, Petter fired the PSRX car into the lead. But when the engine started to die, he throttled back in a thrilling scrap with Hansen and settled for third best time.

Started beautifully, rocketing into the lead, but came under attack into the third corner, where Petter’s car looked a bit like a climbing frame for his rivals! Unwilling to risk anything, Petter drove for a time and kept out of trouble in the latter stages of the race.

Petter furious at the race organiser’s decision to water the track ahead of his race, his ability to set a representative time is compromised by the decrease in grip. Despite yet more contact (did somebody paint a target on our doors?), Petter rose above it to drive a fantastic joker lap and race.

Solid start and all looking good for Petter until another competitor decided to use the back of the PSRX machine as a supercar brake (we’re used to that…) into the hairpin. Massive fight ensued for third. Petter finished fourth. Goodnight.

First time at the Bikernieki National Sports Base; first time competing in Latvia. Half of this country is covered by forest, so it’s not surprising that three corners and the jump on this track are between some of those pine trees. Looking forward to Latvia, not least because it has the fifth highest internet speed in the world and the highest rate of fashion models per capita. Best of all, it’s a good place for a fight back.