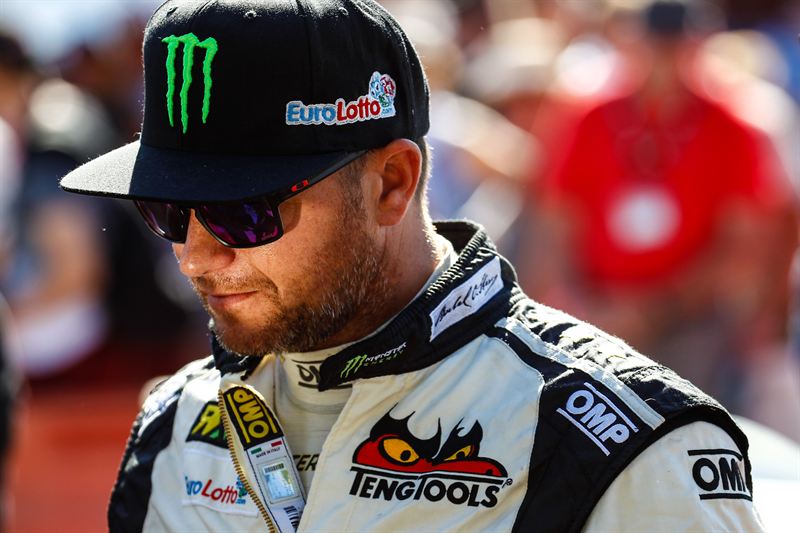 Four weeks ago Petter Solberg finished World RX of Canada in a hospital bed, fearing he’d broken his back. Today he stood tall at World RX of France with a heroic fightback drive to finish fourth. An astonishing PSRX effort to rebuild the team’s only racecar in record time, Petter crowned that achievement by extending his lead at the top of the FIA World Rallycross Championship table.

What a difference a month makes.

“Unbelievable, honestly, this is the only way to talk about this result,” said an understandably emotional Solberg.

“Just to make it to this race was a victory for the team. When I was in the car after the finish of the final in Canada, I could see my legs moving, but I couldn’t feel them. Trust me, at a time like that, you think about a lot of things. I was so worried.

“One thing I wasn’t worried about was the car. I knew it was a big mess; I knew the cost of the crash was massive in terms of the budget, but I also knew that only one team could make everything right in time for this race: my team.

“Today it’s fourth, but this is a win for PSRX – they are the best in the world and I thank all of them for the sleep they have missed and the hours they have worked to get this car to the grid.

“Leaving a race weekend with a bigger lead than when we arrive at the track is what this year is all about for PSRX – so France has been a big success for us. There’s more good news though, the changes we made to the car before the race really worked and clearly we have more speed. There’s a little bit of frustration we weren’t able to show that speed when we really wanted; we got a little bit boxed at times, but the team is so positive.

“Apart from extending my lead, I must admit I really enjoyed the fourth qualifying race. I was so determined after that jump-start, I really found a way to drive above myself a little bit to take the win after two joker laps. That was incredible – and I could have gone quicker!

“But like I say, it’s the championship that matters and we added another point to our lead here this weekend. It might only be a point, but we all know points makes prizes!”

Q1 – 6th  (position in the standings after qualifying races)

Petter drops the clutch for the first time since his shocking Canada crash in brilliant fashion, making an exceptional start from lane five. That start was nullified with the race red-flagged after a first-corner crash involving Timur Timerzyanov. A broken exhaust on the re-start hampered Petter’s progress, but he still managed to keep up with race winner Sébastien Loeb.

Again, Petter was fastest off the line, but he was forced to give best to Topi Heikkinen who had the inside line going into the second corner. With traffic everywhere, Solberg was locked in and unable to demonstrate the car’s full potential.

A rock damages the windscreen wiper mechanism on Petter’s car, leaving the world champion blinded by the mud. Incredibly, he manages to see just about enough to make it across the line 11thfastest.

The miracle-worker returns – forced into two joker laps after he’s alleged to jump the start, Petter drives the race of his life takes a dominant victory and second fastest time in Q4.

In an effort to undercut the opposition, Petter dives in to take an early joker to secure a vital spot in the final.  He does, however, benefit from a final-corner melee to leap-frog his way into second.

Starting from the second row, Petter was running third and looking good for more vital points – with a race win unlikely, the team was focused on the championship – when Sébastien Loeb pulled a cheeky move to steal Petter’s podium spot on the last lap.

Next time out World RX of Barcelona (September 16-18)

Barcelona beckons for the championship leader and his challengers. The stunning Circuit de Catalunya is the next stop on the World RX tour and Petter’s more focused than ever as we move towards the business end of the season.