In the land of Lionel, Petter aims for a big score

In the land of Lionel, Petter aims for a big score

I told you before World RX of France that I wanted to be more like James Bond. Don’t we all…

Well, it kind of worked. We came up with a plan and I executed it. Pernilla – M – was delighted! And the good news is that I didn’t have to employ any of the skullduggery Q came up with. That’s not to say I won’t be ready to fight fire with fire when we get to Barcelona though.

But we’re really getting to the sharp end of the business now. Within the team we have set ourselves the target of 21 points per race, we know that can be enough and that’s all I’m looking at. There’s so much energy, planning and focus on every single aspect of what we’re doing right now, it’s actually quite a relief to get into the car and drive.

I was desperate to take my second ever FIA World Championship last year and I did that. But now I’m even more desperate to take back-to-back FIA World Rallycross Championship titles. Of course, if the door opens for the win then I’ll be straight through it, but I’m just not willing to risk everything – I know you heard this story from me a few times and I know it’s maybe a little bit boring.

But trust me, if we achieve our goal, I will be anything but boring!

We’re heading to a new track with the Circuit de Catalunya this week, so we don’t have too much data to work on for the car set-up. It’s always good to go somewhere new and, for sure, the organisers look like they have come up with a really entertaining layout.

I’m sure it’s going to be another fantastic race and in a really beautiful part of the world. I competed here for many years in the World Rally Championship and Barcelona is a city I always really enjoy. Of course, most people know Barça for one thing: its football team and now one player: Lionel Messi. He’s an incredible player and if we can score our goals anything like he does in this city, we’ll be onto a winner on Sunday.

Just before I go, I just wanted to say some words about the tragedy which hit Spanish motorsport earlier this month. You all know how close to my heart rallying is – it’s my first love – so when I heard about the spectators being killed and injured on the La Coruna Rally, my heart went out to them and their families.

Everybody in PSRX sends our thoughts and prayers to the families of those killed and our best wishes for a full recovery to those hurt in this terrible accident.

PSRX got back on track. Seventy-seven days after Petter last stepped on the podium (World RX of Germany), the reigning champion finished second in the Lohéac final – much to the relief of his fans around the world. Solberg drove an intelligent and strategic weekend in France; with one eye firmly on this year’s title, he took no risks on his way to a dominant semi-final victory and comfortable second in the weekend’s last race.

0.064 is how many millimetres Petter’s finger nails will grow during World RX of Barcelona

1.9 is how many seconds it will take for Petter to be doing 100kph this week

13 years is how long it will take to finish Gaudi’s La Sagrada Familia basilica in Barcelona. Work started in 1882

38.2 is the hottest temperature recorded in Barcelona

2524 hours is how much sunshine Barcelona gets each year

9356 athletes competed at the 1992 Olympics in Barcelona 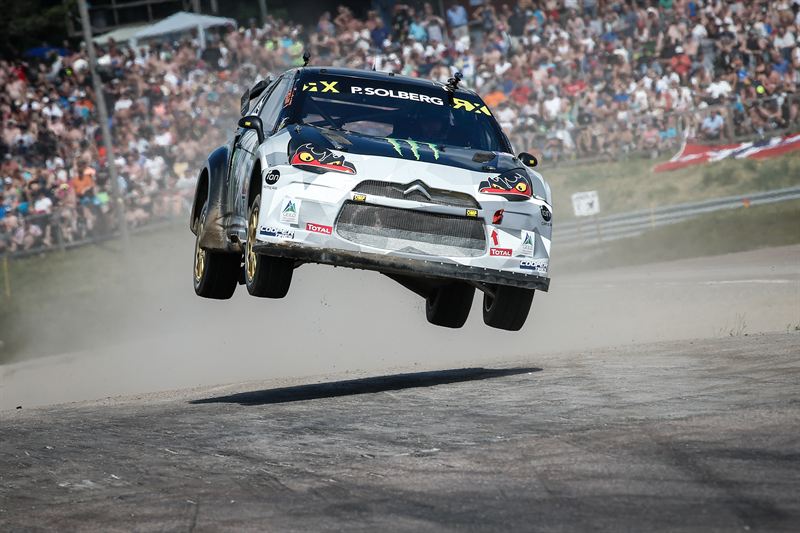