Uddingston’s Stuart Loudon will return to the World Rally Championship next season, co-driving one of the sport’s brightest stars: Estonian Sander Parn.

The pair will contest the 2016 WRC2 – a feeder series to the main World Rally Championship – in a Ford Fiesta R5, with February’s Rally Sweden as their first round. Ahead of the WRC’s classic winter encounter, Loudon and Parn are likely to tackle the Arctic Rally (January 28-30).

Based in Rovaniemi, northern Finland, the Arctic offers the perfect warm-up for the ice-cold Swedish stages.

Parn won the first three rounds of last year’s Drive DMACK Fiesta Trophy, taking the overall title at the end of 2014 to land the biggest prize in world rallying: a seven-round World Rally Championship programme. After a tough first half of this season, the decision was taken to shelve the 2015 effort and start afresh with Stuart.

Stuart said: “It’s fantastic to be back out with a structured programme in the World Rally Championship for next season. There’s no doubt Sander’s one of the sport’s rising stars and it’s a great opportunity for me to co-drive for him. I’m really looking forward to getting started.”

Ahead of their maiden competitive season together next year, Loudon and Parn completed the recce for the Rally de España last month and this week’s Wales Rally GB. This involves driving the entire route for the event twice, while making the precise notes describing every corner in sufficient detail to allow them to pass at full race speed.

“The recces went really well,” said Stuart. “Obviously, you only get to find out how you’re working together when you get in and get going at competitive speeds, but so far, so good. Sander and I have really started to build a good relationship straight away. The only difficult thing is dragging yourself away from the recce – there’s no doubt we would both have happily stayed and started the rally in Spain and in Wales.”

The Fiesta R5 will appear in a Drive DMACK livery and be run by two-time World Rally Champions M-Sport.

Loudon said “I’m really excited about what’s coming next year and, it goes without saying, the chance to work within the M-Sport structure is one I’ll grab with both hands. You only have to look at the calibre of staff and drivers who have been through and are currently at Dovenby to understand why M-Sport is one of the biggest names in the world of motorsport.”

Sander added: “I can see straight away that Stuart is ready to handle what’s coming next year. I have a good feeling now, we start fresh in 2016 and we start ready to fight. We will compete in Sweden, Portugal, Poland and Finland for sure next season – after that we are looking to decide which are the other three rounds we will compete on to make our challenge for the WRC2 title.

“It’s a very exciting year ahead and we’re really pleased to have Stuart coming on this journey with us.”

Before the world… China

After his brief trip to Wales, Stuart returned north to bake some more of the world’s best biscuits at the Tunnock’s factory in Scotland, before jumping on a plane and his penultimate trip to China.

He and Alister McRae will contest the Wuyi Rally in Zhejiang province, on China’s east coast.

The pair will drive their usual BAIC-Senova D50 on the November 20-23 event.

“I’ll be honest,” said Stuart, “and tell you I know very little about this rally, other than what it’s called. Oh, and it’s a Tarmac rally.

“Every time we go to China, it’s an adventure and this one will be no different. The car’s getting better and better all the time and fair play to the team, they’re putting a lot of work in. We made the podium last time out, but it was third place when it could have been second – let’s try and put that right this time around.” 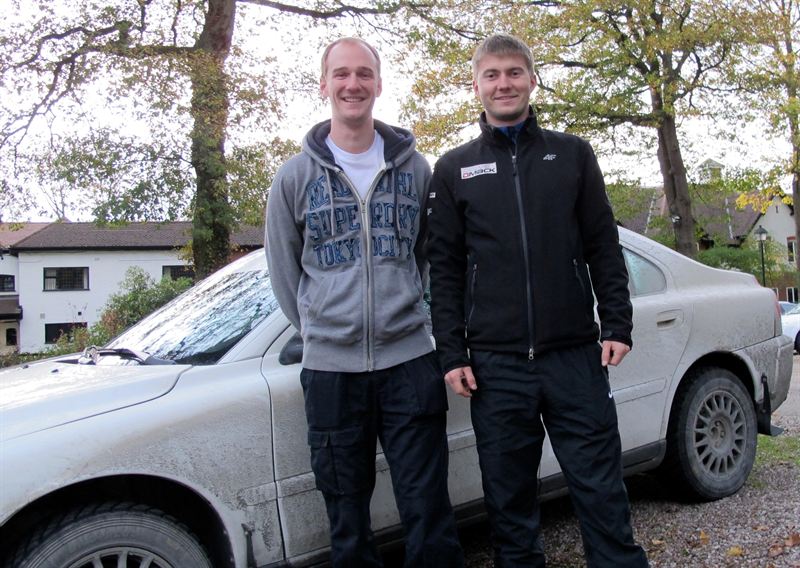