Second place on a round of the Junior World Rally Championship would be a massive achievement for 22-year-old Welshman Osian Pryce – and he’s just one day away from that at Rally Poland – but he’s beyond disappointed. He’s gutted to be second.

Rally Poland should have been – and could still be – his first Junior WRC win.

Leading the event by almost half a minute, Pryce and co-driver Dale Furniss were dealt the hammer blow of a misfire in the second run through the day’s longest stage. It cost them 90 seconds and their precious lead.

Tonight, with just two stages remaining tomorrow, they are a minute off the lead in second place.

“Disappointed doesn’t come close to how I feel,” said Osian. “We had this one in the bag. We were sensible this morning and we were doing exactly the same this afternoon when the car started misfiring.”

The DS 3 R3-Max had missed a beat briefly on the morning’s final stage, but Pryce was confident the Citroen technicians would trace and fix any electrical issues at lunchtime service.

Unfortunately, the problem came back in dramatic fashion soon after the start of the day’s penultimate stage.

“The car just wouldn’t pull,” said Osian. “It wouldn’t rev at all. To be honest, at times, it was a little bit dangerous because we’re committing the car to corners, desperate to make up time, and we had no idea if the thing would pull when we went back on the throttle.

“I suppose we have to look on the bright side and say second wouldn’t be a bad result. And, in all honesty, anything can still happen tomorrow: we could still take the win – but at the same time, who knows if we don’t have the same problem and drop even more time and places tomorrow…

“This one’s just a bit hard to take. We’ve come to the far side of Europe on a bit of a wing and a prayer, with no budget, desperate for a result which might help us get to the next round in Finland; Dale and I have done our bit and just as we’re ready for what would have been the biggest moment of our careers, it looks like it might have been snatched away. It feels a little bit cruel – not to mention expensive!

“Let’s see tomorrow. Like I say, a win’s still possible, but my biggest hope is that Citroen can fix the car to let us fight.”

SS12: fastest (1st in Junior WRC) 7s faster than anybody

Tomorrow’s about one stage run twice. But, when Osian and Dale talk to the locals about going to Baranowo, they’re getting slightly quizzical looks. And that’s understandable. They need to be more specific.

There are nine Baranowos in Poland. Five of those are in the north of the country and two are in the Masurian district! Which is why it might be better to talk about going to Sunday’s Rally Poland stage – there’s only one of those. It’s called… Baranowo. 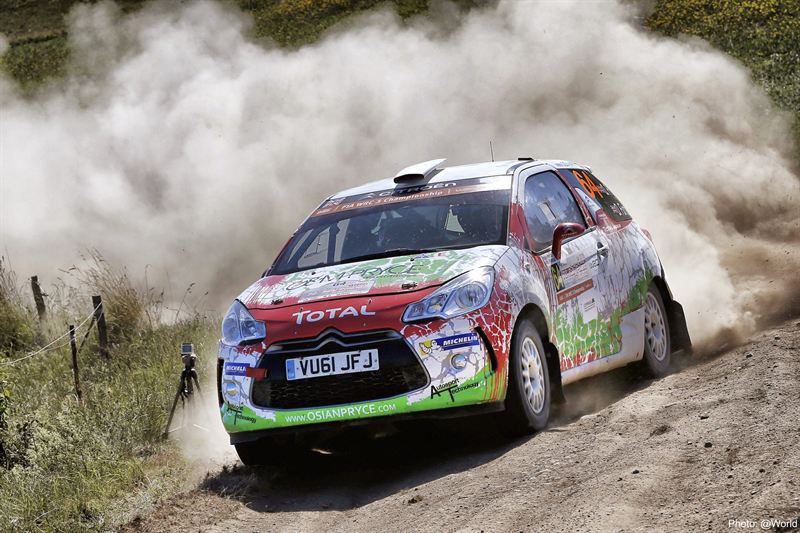 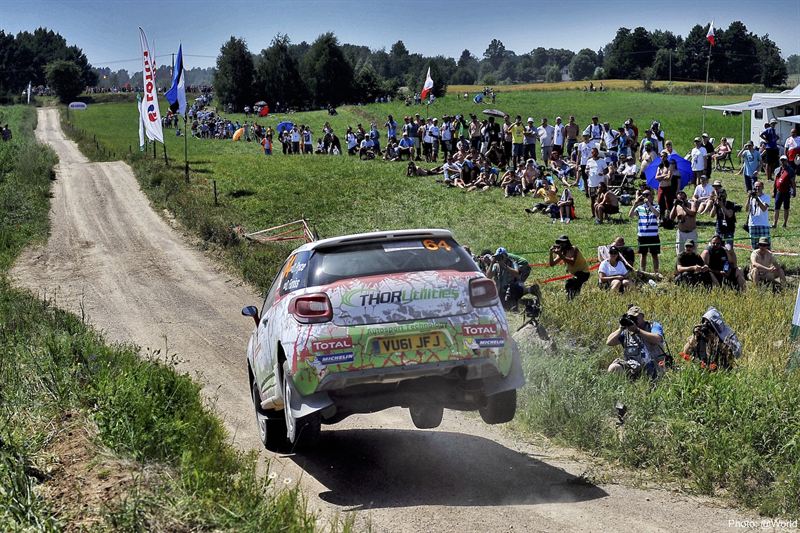