No place like home for Welsh rally star Osian 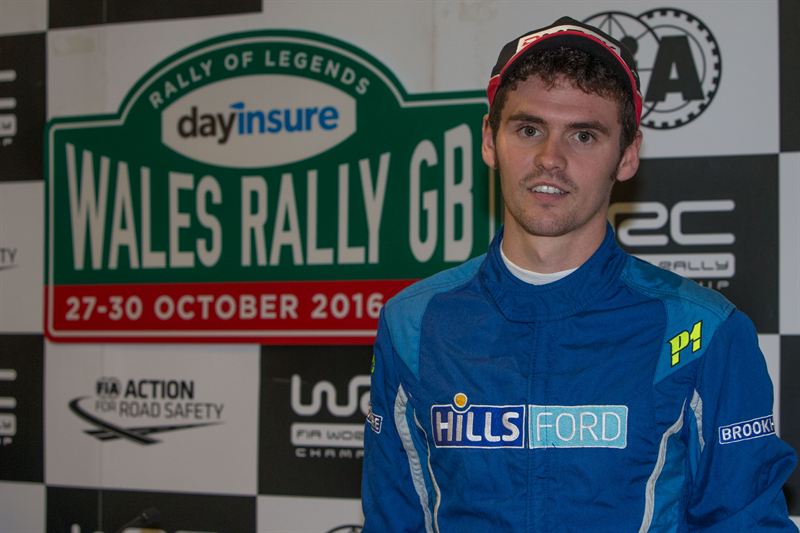 No place like home for Welsh rally star Osian

A Wales Rally GB dream two months in the making began for Osian Pryce in Colwyn Bay this evening (Thursday).

Just 11 days after celebrating victory in the prestigious WRC-based Drive DMACK Fiesta Trophy at the Rally of Spain, Brecon-based Pryce is stepping up to his toughest sporting assignment yet.

Osian and co-driver Dale Furniss will go head-to-head with the fastest drivers from around the world as Wales Rally GB thunders through the woods of north and mid-Wales. The Welsh pair will be chasing WRC2 glory to round off what’s already been an exceptional season on the world stage.

WRC2 is the main feeder category to the World Rally Championship itself and the Ford Fiesta R5 has almost twice the power Osian’s been used to in the DDFT series. On top of that, Osian will enjoy total traction from the R5’s state-of-the-art four-wheel drive system.

“There’s no doubt, this car’s a real step up,” said Osian. “The acceleration off the line and out of the slower corners is just unbelievable. It’s an amazing piece of kit.”

Osian drove a Fiesta R5 on this event two years ago, but this is the first time he’s registered for WRC2.

“It’s a big deal to take on the drivers in WRC2,” he said. “A lot of the guys who have been in there all season are moving up to the main WRC next year. This is where it’s at for aspiring drivers in the world championship, so it’s a real honour and privilege to be here.

“And, I don’t mind a bit of a relief to be here; the day after we flew home from winning the championship in Barcelona, we lost a sponsor and it looked like our Wales Rally GB dream was over. I got straight on the phone and worked non-stop to find some more funding to keep us on the road. Having got this far, nothing was going to stop me! And now we’re here, it’s amazing. I can’t wait to get started.”

Osian completed this morning’s shakedown test in Clocaenog forest, close to Ruthin. With his final preparations complete, it was over to Colwyn Bay for the ceremonial start at a packed Parc Eirias.

Tomorrow starts well before dawn with the journey south for a day of stages around Newtown.

“We got a fantastic reception at the start,” said Osian. “Being one of the top Welsh runners, the crowd really got behind us and that means a lot. It’s a fantastic buzz.

“But the business starts tomorrow, with the longest day of the event. The key for tomorrow is to settle myself in and try not to make any mistakes.

“I haven’t got anything like the kind of experience of these cars the guys I’m competing against have and, of course, they’ve been driving them all season. Let’s see what happens. I’m in a nice position really: I’ve won the title I wanted this year and this is a chance to relax and do the biggest rally in Britain without the pressure and expectation of a season-long title fight.”

The top of the world is named after a Welshman: Mount Everest was so-called after Breconshire surveyor Sir George Everest in 1865.

Cardiff’s Millennium Stadium has the largest retractable roof of any sports stadium in the world. Total area is 26,862 square metres.

Don’t mess with Wales – the nation has more castles per square mile than anywhere else in the world.

Forget Wimbledon. Lawn tennis was born in Wales, in Major Walter Wingfield’s garden close to the base for today’s shakedown in Ruthin.