Osian and his Fiesta take on the tank-busters 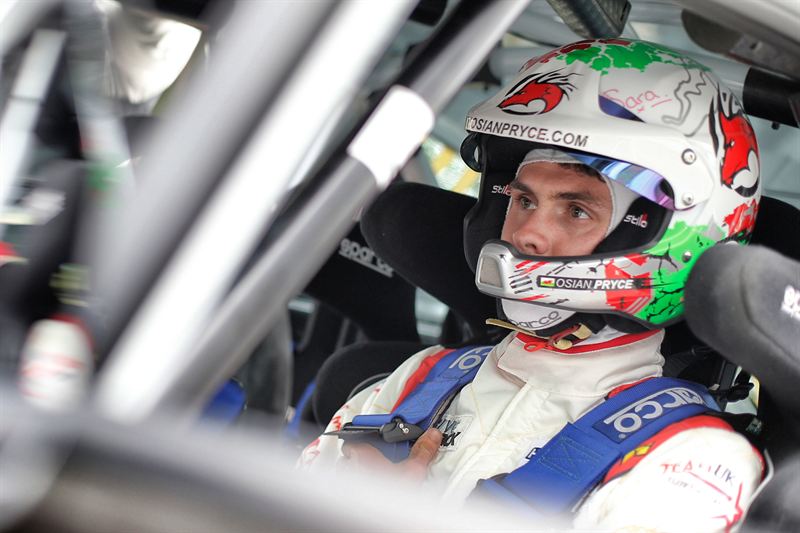 Osian and his Fiesta take on the tank-busters

Welsh rally star Osian Pryce has completed his final test ahead of this week’s ADAC Rallye Deutschland – Germany’s round of the FIA World Rally Championship.

Osian and co-driver Dale Furniss are contesting the Drive DMACK Fiesta Trophy category in their Ford Fiesta R2T. Having set the early-season pace on gravel, the Welshmen are looking to transfer that speed onto asphalt. Dale’s competed in Germany twice before, but for Osian it’s in at the deep end on the banks of the Mosel River.

Based in Trier, the event kicks-off with a spectacular ceremonial start beneath the Porta Nigra, the city’s famous Roman black gate, this evening (Thursday).

Ahead of the start, Osian has completed a two-day recce run through the stages, before a final systems check of the Fiesta at near-competitive speeds this afternoon.

“I’m very happy with how everything has gone, we feel really well prepared,” said Osian. “Some of the stages are quite different to what we’ve got at home, but this year’s partly about gaining experience of the World Rally Championship and competing on as many different types of road as possible.”

This year’s also about winning as many DDFT prize drives as possible. Victory on the opening round of the season in Portugal allied to second place in Poland was enough for Osian to land two WRC2 outings in a factory-prepared Ford Fiesta R5 next season. But Germany and the final round of the year in Spain (October) offer a further two 2017 outings.

“We’ve got to be absolutely on it from the start. The roads through the vineyards are quite tricky in places. There are some unseen corners and a lot of hairpins and you have to be absolutely precise with the car – there’s a wall on one side and a big drop down into the grapes on the other.

“The countryside roads are OK and then there are the stages in the military area: Baumholder. These are a real challenge.”

As well they might… Baumholder is the military range used by the American army to carry out drills and test their tanks.

“There are so many junctions in the Baumholder stages,” said Osian. “The key to pulling time in here is being as neat and tidy as possible. You see drivers like Thierry Neuville, guys who are really strong on these kind of stages, being so, so good on the brakes. You leave it absolutely as late as you dare, off the brakes, turn in, power. Get that right on 96 junctions in 25 miles and you’re on for a good time. That’s what Dale and I are after.

“There are, though, these things called hinkelsteins – these are the massive concrete blocks set at the side of the road to keep the tanks from wandering too far off the track. And if they don’t move when the tanks hit them, they’re going nowhere if we clip one!

“Today’s shakedown was a great loosener for what’s to come. The car felt good, the notes were working. Everything’s set for us to push tomorrow.”

The longest word in German is: Donaudampfschifffahrtselektrizitätenhauptbetriebswerkbauunterbeamtengesellschaft. It means, the association for subordinate officials of the head office management of the Danube Steamboat Electrical Services. Annoyingly, in terms of letters, it’s just got the edge of Wales’ favourite place Llanfairpwllgwyngyllgogerychwyrndrobwllllantysiliogogogoch.

There are more than 5,000 different kinds of beer brewed in Germany (and more than 300 types of bread).

The world’s oldest savings bank was established right here in Germany, opening for business is 1786 in Oldenburg (and that’s a real place – we didn’t make that up to suit the fact…).

Some of Germany’s motorways famously have no speed limits, so what’s the benchmark? Well, 268mph is the highest speed, but that was with the road closed. A Porsche driver clocked 236mph with the road open to other users.

Germany has the tallest church in the world, with Ulm cathedral measuring 161.53 metres in height.

Leading at the end of the opening day, Osian’s debut on the world’s fastest rally went south when he slipped off the road early on Saturday. Despite that misdemeanor, he and Dale returned for the final day on Sunday and went fastest on every stage. What impressed onlookers most about Osian’s maiden Rally Finland outing was the speed he showed from the start, on an event that’s reckoned to be tougher than any for a rookie.