Osian and Wales lead the world in Germany 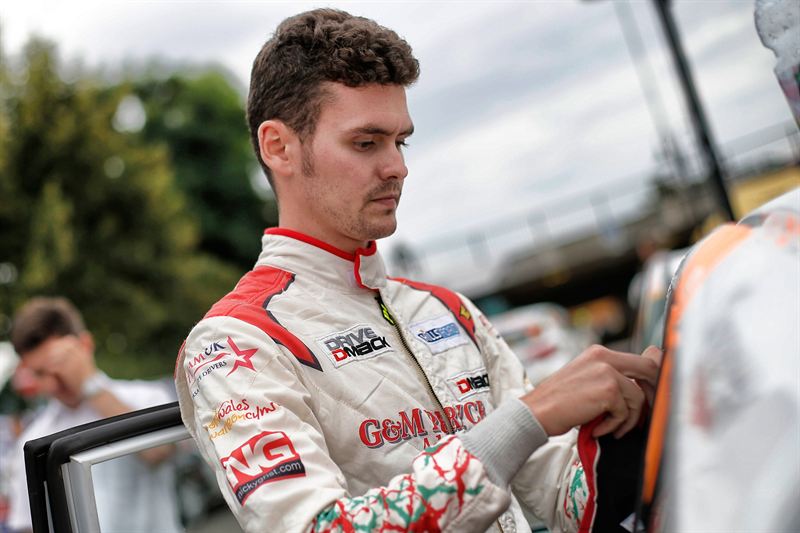 Osian and Wales lead the world in Germany

Welshman Osian Pryce has set a stunning pace to lead the Drive DMACK Fiesta Trophy category at the end of day one of Rally Germany.

Despite never having competed on the Trier-based event before, Osian scored fastest time on three of the day’s five stages to hold a commanding 23.4-second lead.

The day started in perfect fashion with an astonishing time from Osian and co-driver Dale Furniss. The Powys pair were 23 seconds faster than their nearest rival on one of the season’s trickiest stages so far. Pre-event rain had made the 13-mile Mittelmosel test a potentially lethal mix of bone-dry asphalt interspersed with patches of damp, wet, and, in places, deep mud. To make things really interesting, the crews didn’t know from corner to corner what they were going to find.

Osian emerged with a big smile and a bigger lead.

“I was quite surprised at the time we took in the first stage,” said Osian. “To be honest, we weren’t taking any big risks – it was absolute carnage in there with cars off the road everywhere. And it wasn’t hard to see why: under the trees, the mud was just like ice. You touched the brakes and you were a passenger. We had a couple of big slides and I just wanted to slow everything down a bit, take it steady. It didn’t feel that special at the finish, but we managed to take 23 seconds out of everybody, which was a great start for us.

“After that, we had this small issue with brakes. I was having to pump the pedal a couple of times before the heavy brakings to make sure everything was good to get the car slowed down. The guys worked on the car at lunchtime and we thought it was all sorted, but it was back in the afternoon. We’ll have another go tonight and I’m sure we’ll have it fixed for tomorrow.

“We’ll certainly be needing the brakes tomorrow, especially with 96 junctions in 25 miles in Panzerplatte!”

The crews were eased into Rally Germany with just five stages today – tomorrow’s 50 per cent longer and comes with the infamous Baumholder military stages. Osian and Dale will do battle on roads designed to test tanks tomorrow.

But they go there safe in the knowledge that their debut day on Rally Germany has been something special; they started in here where they left off in Finland: fastest.

Leading at the end of the opening day, Osian’s debut on the world’s fastest rally went south when he slipped off the road early on Saturday. Despite that misdemeanor, he and Dale returned for the final day on Sunday and went fastest on every stage. What impressed onloookers most about Osian’s maiden Rally Finland outing was the speed he showed from the start, on an event that’s reckoned to be tougher than any for a rookie.