Osian avoids the tank traps to lead in Germany 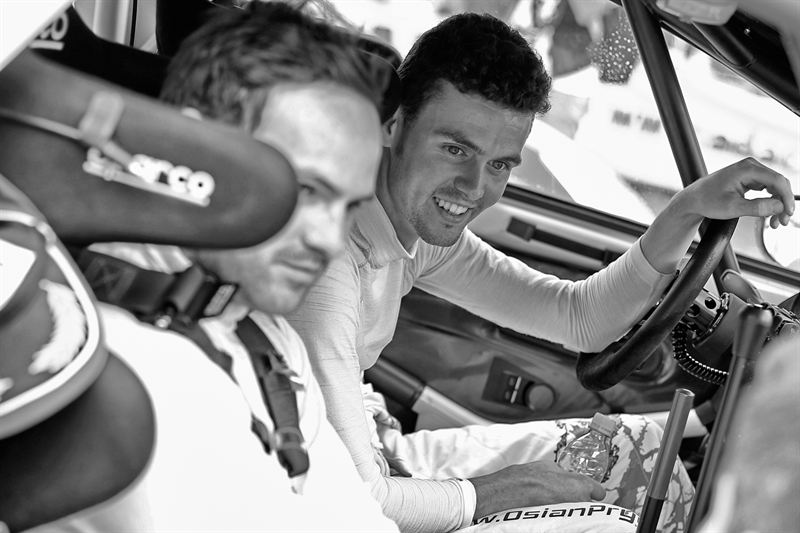 Osian avoids the tank traps to lead in Germany

Welsh rally star Osian Pryce turned in a controlled but dominant drive to maintain his Rally Germany lead in the latest round of the Drive DMACK Fiesta Trophy round.

Osian and co-driver Dale Furniss were quickest out of the blocks this morning, starting their weekend with two fastest times. Leading by 1m10s after that second stage, a more conservative plan was pressed into action for the remainder of the day aboard their Ford Fiesta R2T.

“It’s been pretty much the perfect day,” said Osian. “It’s been hard, mind; when you’re pushing flat-out and driving as quickly as you can go that brings its own focus. But when you’ve got a gap to manage, it’s quite a different proposition.

“Where the roads have been quite rough with a few rocks around, we’ve just throttled back and taken it a bit more steady. The first couple of stages this morning were nice, they’re a bit wider than the vineyards yesterday which meant we could play with the car a bit more and not be so restricted to one line.

“Today was about the Baumholder stages though. This is the place where the American army comes to test its tanks, so it’s a pretty serious place with some very, very big concrete blocks at the side of the road to keep the tanks in place. These hinkelsteins are pretty merciless, they certainly don’t move if you hit them.

“I have to say though, I absolutely loved the place. We only got one run through the 25-mile stage – the first one was cancelled after another crew crashed – but it was mega. Everything worked so well, the car, the tyres, everything. A great way to finish the day.

“Now though, it’s all eyes on the finish tomorrow afternoon. We’ve got four stages to get through, so it’s about managing the lead again.”

The event finishes back at Trier’s historic Porta Nigra, the Roman black gate, at 1600 tomorrow.

SS10: stage cancelled due to accident for earlier competitor

Tomorrow: similar to today with occasional rain and temperatures around 20 degrees

Leading at the end of the opening day, Osian’s debut on the world’s fastest rally went south when he slipped off the road early on Saturday. Despite that misdemeanor, he and Dale returned for the final day on Sunday and went fastest on every stage. What impressed onloookers most about Osian’s maiden Rally Finland outing was the speed he showed from the start, on an event that’s reckoned to be tougher than any for a rookie.