The 22-year-old from Machynlleth starred on his Junior WRC debut, leading the event at the start and setting an astonishing and unbeatable pace through the final day today.

Osian’s hopes of a debut win at Junior WRC level were dashed by a series of problems aboard his Pryce’s THORUtilities and G&M Pryce-backed Citroën from Friday afternoon and through Saturday. Those issues kept him and co-driver Dale Furniss off the podium, but nothing could stop the pair charging through Sunday to set a blistering pace – setting the fastest Junior WRC time on each stage run.

The opening stage of the day – the legendary Fafe test – was cancelled after an earlier competitor crashed, but it was the time in the following 20-mile Vieira do Minho which really caught the imagination of the watching world.

Osian was 37.9 seconds faster than anybody else, a gap almost unheard of in the close-nature of one-make rallying where everybody is driving identical cars.

The crews returned to Fafe for the finale and Osian and Dale were fastest again, thundering through one of the world’s most famous stretches of rally road quicker than any of their Junior rivals.

Osian said: “What a day! Fastest time on Fafe is a fantastic way to end our first ever Junior WRC round. It was quite frustrating not to get a run through Fafe this morning, but the middle stage of the loop was the one where we really wanted to try and make a bit of a mark and put into practice what I feel I’ve learned on this event.

“One of the key elements to competing at this level is the ability to drive at a sensible pace which is quick enough – but just quick enough. It’s about winning as slowly as you can. I was quite cautious through the stage, it’s such a long one and, after the problems we had yesterday, Dale and I didn’t fancy standing and waiting at the side of the road for the tow truck!

“We had a clean run and I thought the time might be quite good, but when Dale told me we were faster than Quentin [Gilbert, Junior WRC winner] I was pretty surprised. And pleased, of course!

“I have learned a huge amount on this event – more than I ever thought I would have done. It’s been amazing, fantastic, brilliant, disappointing, really disappointing and finally, absolutely mega! I can’t wait for Poland now.”

In a final insult, Osian was robbed of a place on the overall classification after his DS 3 R3-Max stopped on the run in to the finish.

He added: “That kind of sums up the event! Obviously it’s very disappointing not to get to the finish, but what’s important is the speed we have shown today and, like I say, what we’ve learned across the event.”

SS15: 1st fastest quickest Junior WRC time by more than half a minute

Osian and Dale’s next event is Rally Poland (July 2-5). The Mikolajki-based event involves a high-speed run through the Polish Lake District along the region’s beautiful forest roads. The weather and road surface are always key factors in this event; the stages are soft and sandy and often cut up when the going gets wet. 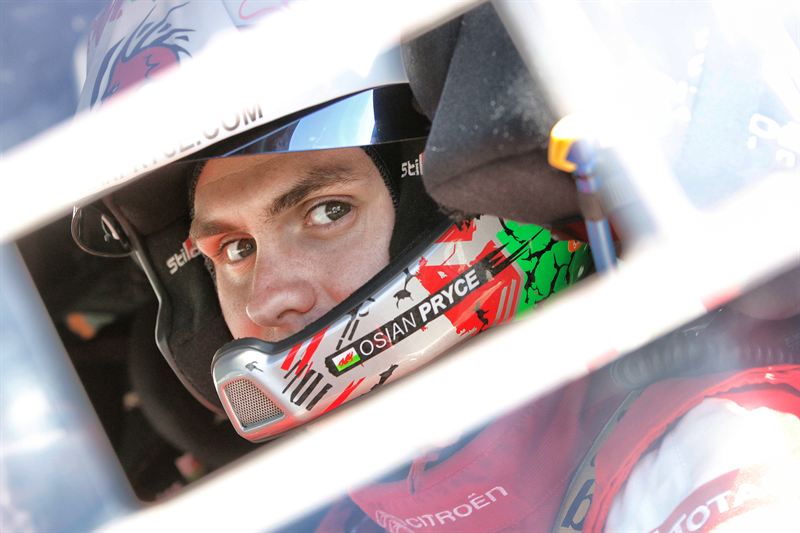