Osian keeps Wales on top of the world 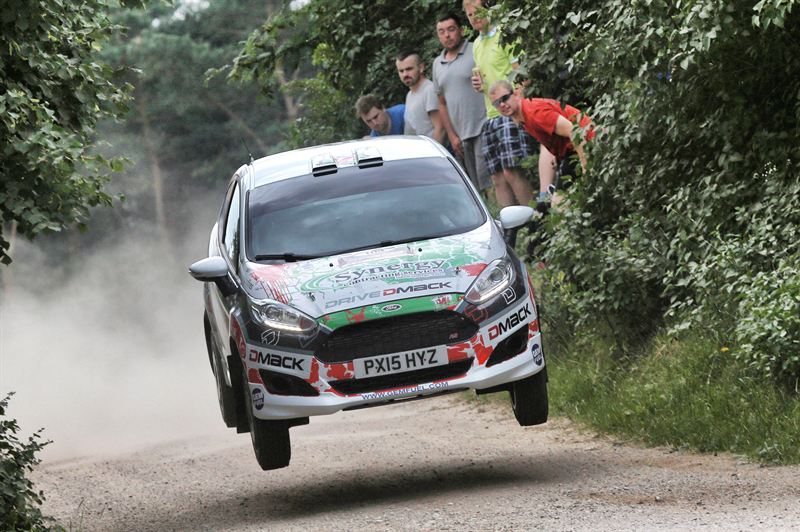 Osian keeps Wales on top of the world

Osian Pryce celebrates the biggest moment of his career tonight after he secured the most sought after prize in world rallying.

Understandably, Osian was delighted with the result.

“This is what I’ve been working towards for so long,” he said. “It’s unbelievable, what an incredible feeling. Dale, myself, so many people, we have all worked so hard for this moment – honestly, it still hasn’t sunk in yet that we’ve done it.”

The Welshmen certainly have done it.

This year’s DMACK Trophy has been structured differently, to maintain pressure on the would-be champions of the future throughout the season. Every other rally, there’s the offer of two rallies in a Ford Fiesta R5 for the fastest crew out there. Victory on the season opening Rally Portugal set Osian and Dale up perfectly and today they finished the job in Poland.

But today’s third and final day of action on the roads around Mikolajki didn’t come without its moments. Yesterday’s scorching sunshine gave way to torrential rain and temperatures half of the 34 degrees, which took its toll on the soft, sandy stages.

“Today was undoubtedly one of the toughest days of my career,” said Osian. “The roads were absolutely horrendous. We were aquaplaning at 100mph and trying to get the car slowed down was almost impossible at times. To be honest, it was a bit of a lottery. We had a small problem on the first stage of the day and that cost us the lead and the chance to take a second win. After that, my focus was firmly on the finish. That was all Dale and I could think about.

“And now we’re here: what a fantastic week to be a Welshman – first the football and now my dreams come true! Like I said, it’s a fantastic feeling. But we can’t get too carried away, there’s another two drives on offer next time out in Finland!”

DMACK managing director Dick Cormack said: “Congratulations to Osian and Dale. They have driven a fantastic rally, backing up their win in Portugal with a solid, sensible and quick drive to win the first two prize drives for next season. We look forward to seeing the boys in an R5 car next season, but before then it’s back to the battle for another two drives in Finland.”

M-Sport World Rally Team principal Malcolm Wilson OBE added: “It’s been a fantastic battle in the DMACK Trophy on this event. Osian and Dale have won the two drives, but it’s been great to see the speed Jon [Armstrong] and Gus [Greensmith] have shown as well. It’s been a good one for the British crews, but congratulations to Osian for taking the first prize of the season.”

Osian says: “For anybody in our sport Rally Finland is something very, very special; the spiritual home, if you like. I’ve been watching videos from this place for most of my life and the chance to go and compete on a rally I’ve dreamed about is so special for me.

“I can’t wait to get there, to have a look around the place, to take in the atmosphere and then, of course, to drive down those legendary roads.

“Finland is the second part of another pair of DDFT events and we go there on the back of this second place in Poland – so we go there in good shape to challenge for another two WRC 2 drives with the Drive DMACK team.”