Osian’s world title chase goes down to the wire 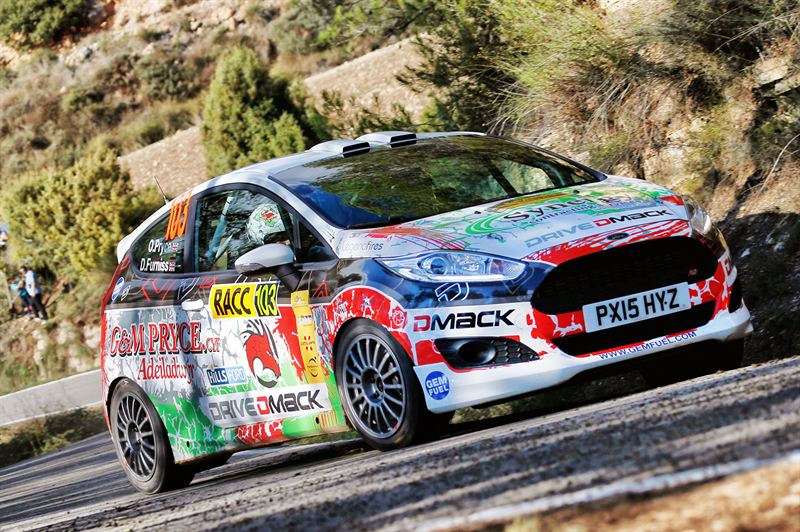 Osian’s world title chase goes down to the wire

Osian Pryce’s hopes of taking the World Rally Championship’s most lucrative prize will go down to the wire in Spain tomorrow (Sunday).

The Machynlleth driver is embroiled in a battle with Finland’s Max Vatanen on the final round of the Drive DMACK Fiesta Trophy at this week’s Salou-based Rally of Spain.

Osian’s Ford Fiesta R2 was hit by a misfire on yesterday’s opening loop of gravel stages in the hills of Tarragona, dropping him and co-driver Dale Furniss to 10thplace. Such has been Osian’s speed earlier in the season, however, he came to the final round with a 14-point lead – it’s that lead which keeps Welsh hopes alive tonight.

After dropping time and places on day one, Osian is relying on bonus points for winning stages to keep him in the race. With one day to go, he and Vatanen are tied on points at the top of the table.

“I can’t believe how close it is,” said Osian. “This one really is going down to the final stage – what an incredible way to end the season. We have nothing to lose on the final day, we just have to push as hard as we can.

“I was pretty devastated yesterday, I’ve got to be honest. We’ve worked so hard all year for this, everybody around me – my friends and family – have put so much in and another win would have been amazing.

“Those same people really came together last night and lifted Dale and I again. We’ve got a job to do. We want to win this championship, we want to take this title back to Wales. This is a chance to really show how strong British rallying is and we’re going to do absolutely everything we can tomorrow.

“We’ve managed some stage wins today, but the car’s still not quite perfect. It’s not nearly as bad as it was yesterday, but it’s just not pulling cleanly between 3000 and 4000rpm – that’s really hurting us on the tight and twisty stuff. Once we’re up in top gear and above 4000rpm, happy days, she’s singing along then and that’s how we were able to be quickest in El Montmell – it’s all quite quick in there.

“So, the season comes down to the final day and probably the final stage. Let’s see what tomorrow brings!”

SS14: fastest (9th in DDFT) huge push and another point

Today: sunshine with temperatures from 11 to 24 degrees

Tomorrow: more sunshine on its way with similar temperatures