Osian takes on the world

Osian takes on the world

Inspired by the stunning pace he showed on his home round of the World Rally Championship in Wales last November, Osian Pryce will step up to a season-long scrap in Portugal next week.

After shocking WRC 2 frontrunners with his pace-setting speed on Wales Rally GB – despite only having driven his Ford Fiesta R5 for 30 miles before the event – Pryce now wants to turn heads across the spread of a world championship season.

Osian is contesting this year’s Junior WRC and WRC 3 series in a Citroen DS3 R3-Max. While five of the six rallies will be new to him, he’s back in a car he knows intimately, having driven it flat out for the last three years – and come within an ace of lifting the British Rally Championship twice.

And he’s got his regular co-driver Dale Furniss alongside him.

Pryce is counting the minutes until next week’s Vodafone Rally of Portugal, which starts from Matosinhos, near Porto, on Thursday May 21 and finishes on Sunday May 24 after 1,000 miles, 218 of which will be competitive.

“Portugal’s a really good place to start the season,” said Pryce, “it has moved its base a long way up country, so the roads around Porto are completely new for everybody. It’s a level playing field, which is great.”

One of Britain’s most highly respected and decorated preparation firms Autosport Technology will be running the Citroen for Osian. The Kent-based firm has worked with such stars as Mikko Hirvonen and Jari-Matti Latvala in he past and will now focus its energies on lifting Osian and Dale to the top of the Junior World Rally Championship.

Pryce tested the DS 3 R3-Max in Wales earlier this year and then turned in one of the most astonishing results of his career by coming close to winning Rally North Wales, despite competing against four-wheel drive cars with considerably more power in torrential rain.

Pryce admitted he had considered stepping up to WRC 2 and would have loved to have driven the four-wheel drive Fiesta for the season, but that would have meant stretching the budget and potentially cutting corners.

“We’re still working on the budget for this year for the Citroen,” he said, “and tempting as it was to go with the Fiesta, it would have been a lot more. And anyway, we already owned the Citroen and I know it inside-out.

“The car’s had a new engine for this year, taking it from the DS 3 R3T to the R3-Max and I have to say it’s absolutely fantastic. We’ve got more power and more torque and it’s a lovely thing to drive.”

After pushing hard through his native forests in Wales, Osian admits the approach will be different in Portugal next week.

“This is a season-long fight over six rallies,” he said. “We need to be sensible in the way we approach the events, it’s all about accumulating as many points as possible.”

Particularly when you look at the prize on offer: six rallies in the 2016 WRC 2 series, driving a Citroen DS 3 R5.

The work to land that seat starts on Monday at Osian’s pre-event test in Portugal.

Moved north from the Algarve to the heartland of Portuguese rallying for this year. The roads around Porto haven’t been used as the base for Portugal’s round of the FIA World Rally Championship since 2001 – but it’s on stages like Fafe that legends and heroes were made in this part of the world.

Rallying’s Holy Grail. If a driver can’t win the championship, a Finland win is the next best thing. Rallying’s a way of life in this country, but especially in Jyvaskyla in the last week of July. The stages thread a stunning route between the trees and lakes, while the fans provide an amazing atmosphere on the WRC’s fastest weekend of the season.

Back in the championship for the first time since 2008, the French island provides one of the most challenging asphalt routes of the year. The cars will move between the beautiful towns of Corte, Bastia and Ajaccio as they tackle the toughest and twistiest stages of the year.

The only mixed surface event of Osian’s season. This rally starts in the heart of Barcelona, where a hugely popular superspecial stage sets the scene for an intriguing gravel-asphalt event. The service park is based in the seaside town of Salou.

Based out of Deeside, Osian’s home round just keeps on getting better and better. The organisers have further innovations planned for this year, but there’s going to be nowhere better for Osian to bring his season-long fight to a close. 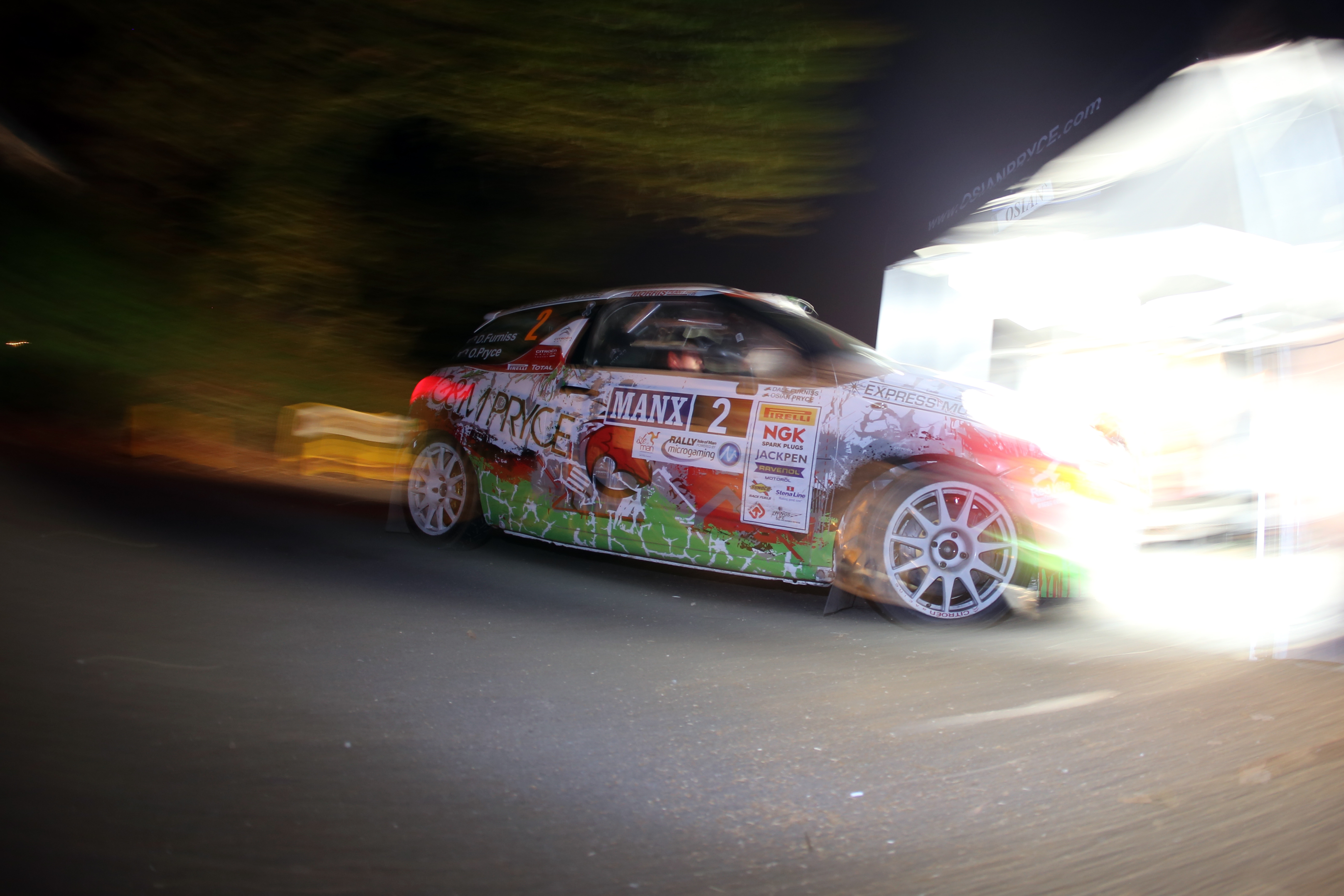