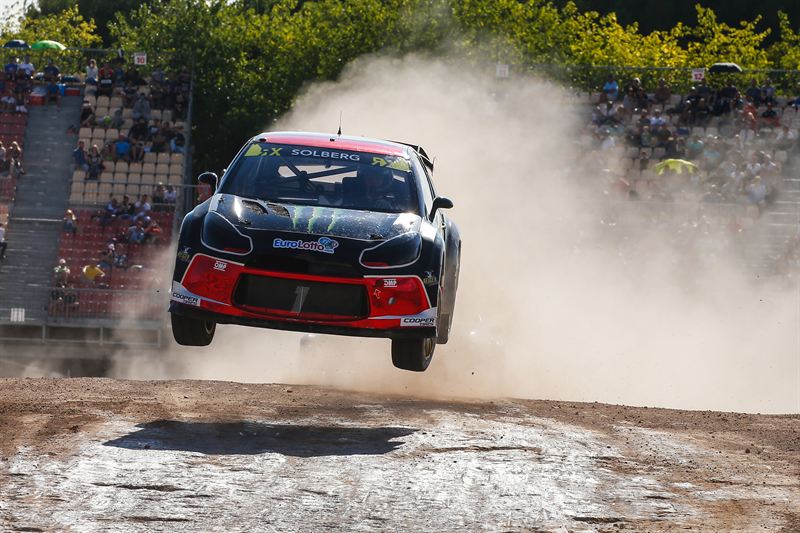 Three rounds, 18 races, winner takes all. That’s what this year’s FIA World Rallycross Championship has come down to.

Two-time RX title winner Petter Solberg is more aware of that than anybody. The Norwegian superstar is all about a second successful defence, a hat-trick of RX championships and a fourth FIA world crown. Latvia. Germany. Argentina. Those three places and those three races are right at the forefront of Petter’s mind.

“What we have now is like a three-round championship that starts here and now in Latvia,” said Solberg. “And I can’t wait to get started in Latvia. The last round didn’t go the way we wanted it to and I can never settle until I feel we have performed the way I know we can. That means I go to the next round even more determined and with even more fire to win.

“It’s about wins now. We have played a sensible, tactical game until this point in the year, but let’s face it– it’s about taking as many wins and as many points from the last three rounds. I’m not saying we’re going to take big chances and big risks, but for sure, the time for playing it safe has passed. We’re in it to win it now.

“Latvia’s a new country for World RX and a new track for us and that’s a good thing for me. I don’t know if it’s because I spent my life driving roads twice and then going absolutely flat out as a rally driver – maybe that forces you to look for finer, smaller details than if you lived your life on a circuit, I don’t know – but I always seem to go well on our first time at a new track.

“Nobody knows anything about Latvia, but I’d be pretty sure it’s going to be a good one. Latvia is a country which is learning and really developing in terms of motorsport and I’m sure there will be a lot of enthusiasm for the race.

“Before we go to Latvia, I have spent a lot of time working hard on track driving. My son Oliver and I have been racing each other on a track in Norway, using some karts and really working the lines and forcing more and more speed. It’s been fantastic preparation for this week.