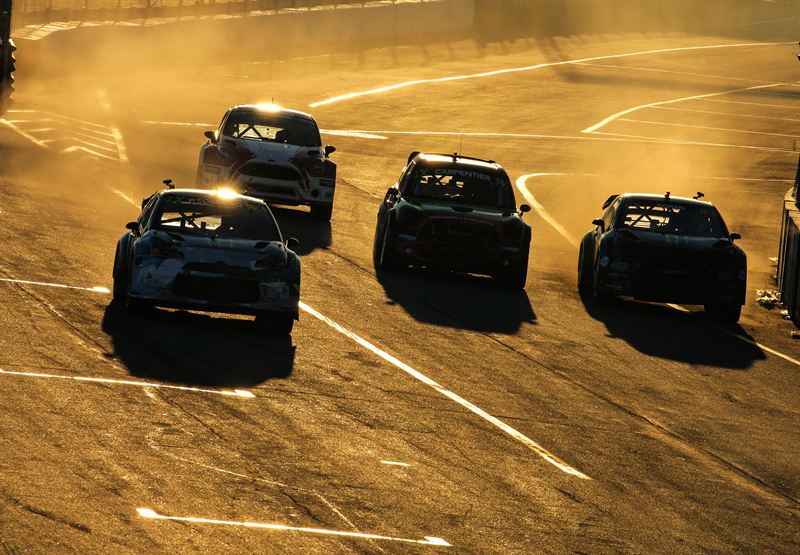 After three weeks on the road watching his son Oliver win race after race, Petter heads to World RX of Canada to put into practice what Solberg Jr has been showing him.

Oliver is storming the Northern European and Swedish Crosskart championships, enjoying a serious winning streak at the moment. Solberg Sr is at Circuit Trois-Rivieres in Quebec looking to redress the balance in favour of his generation.

A win in Canada this week would not only help Petter re-take the lead of the FIA World Rallycross Championship, but it would help him gain ground in the all-family tussle to be the season’s most successful racer.

And the good news is, Petter loves Canada’s World RX round. He won the inaugural North American round of the championship in 2014 and was running well last time until he came off the wrong side of a fairly physical semi-final.

“Canada is a great place to go racing,” said Petter, who lies second in the standings, just five points behind Mattias Ekström. “The atmosphere from when we all arrived here earlier in the week has been absolutely fantastic, just like it was for the last couple of years. We have a parade of the cars through the town on Friday and it’s just amazing to see how many people turn out to wave and cheer.

“And the track, the track is just so cool. It’s a street circuit, so you have to be careful to be absolutely neat and precise. The key to making the car work around here is to not slide, not to put too much heat into the tyres and just try to stay cool. If you are behind somebody, it can be frustrating, but there are places to pass. This is one of my favourite tracks of the year. I won the final two years ago and won a heat last season – I want to do more of the same this week!

“I missed the final for the first time this year last time out in Sweden. We couldn’t quite get the speed out of the car, but before that we were on the podium three times with one win in five races and we finished fourth on the other two races.

“The season has not been bad, we have performed well and the PSRX team has worked flat out to develop the car. We have some new parts coming in Canada again, the car is constantly evolving, but we have to understand that we are fighting manufacturer teams here and that’s never easy.

“But, you know me. I will never stop trying and I will try to do what Oliver has been showing me in the past three weeks. He’s been on incredible form, I just hope his success has rubbed off on me during the last three weeks.”