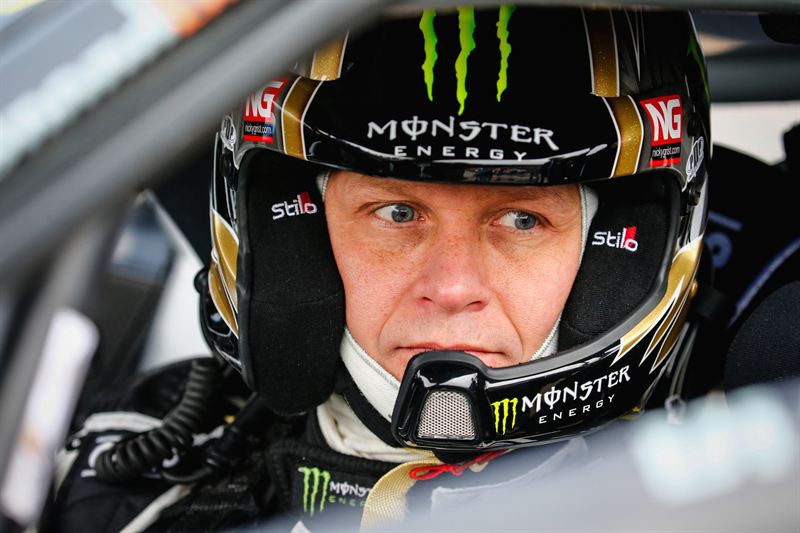 Impossible really is nothing to Petter Solberg – a man who can drive a car while sitting on the roof. This week, our Norwegian hero goes back to a place where even he struggled to take in what he’d just done.

It’s not often that Petter settles for second – he certainly won’t be at this week’s World RX of Belgium. Last year, second at Circuit Jules Tacheny felt like a win. Solberg truly was unbelievable.

“I don’t forget this track [Belgium] in a hurry,” said the FIA World Rallycross Championship leader. “Sometimes in your life, there is something special and this race last year was special. I made a jump start in the semi-final and was told I had to make two joker laps. I remember everybody was walking around with these long faces, it was like our final was over before it had started.

“I got into the car, stayed really calm, got my head down and drove as hard and as fast as I could. I was totally flat-out. I gave it absolutely everything and, after doing the joker lap twice, I finished in second place to secure a place in the final. Trust me, that was unbelievable.

“It’s moments like that which help me come through some of the tougher times – like the one we had in Germany last week. I think you might have noticed, Hockenheim wasn’t the best race for the PSRX team. But all the time, I go back to Belgium last year when we made the impossible possible.

“What happened in Germany is done, finished. I’m always a very positive person, always finding the good things to come from the situation. We didn’t win the final on Sunday, but we stayed in the lead of the championship.

“With the problems we had, I think you could say that we got out of jail a little bit. This week’s about staying out of trouble. Once again, the PSRX team has worked so hard. After the race, we stripped the car completely, everything was checked down to the fuel lines, wiring harness, everything and now we’re confident for this race.

“I love this track in Belgium, it’s a really nice one and, as much as I like the joker lap, I don’t want to be doing it twice this time!”

*Muhammad Ali, the greatest boxer in history, had plenty to say about most things. Had Ali been in the Mettet paddock 12 months ago, when Solberg was reportedly facing an impossible task, that icon of the sporting world would have replied: “Impossible is just a big word thrown around by small men who find it easier to live in the world they’ve been given, than to explore the power they have to change it.