Solberg a stranger to second… 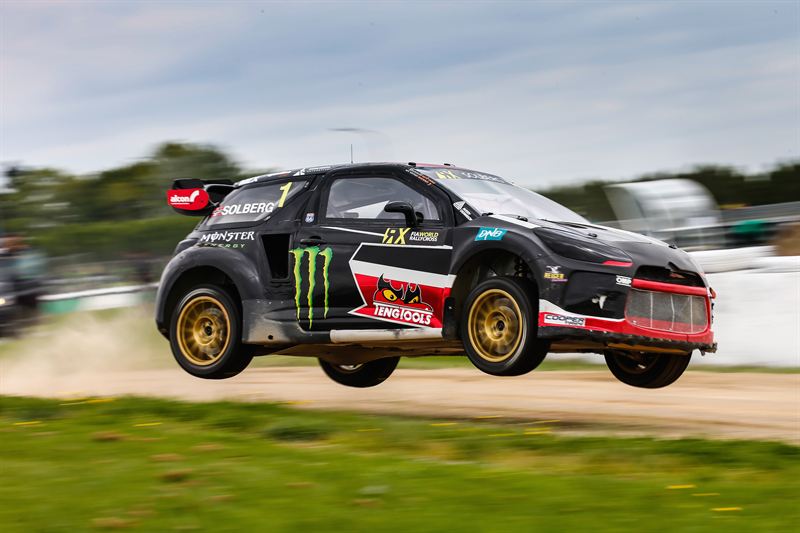 Solberg a stranger to second…

After a troublesome race weekend in Germany last weekend, triple FIA World Champion Solberg was a much happier man after his second podium from three races this season.

For the first time in 721 days or one year, 11 months and 20 days, Petter Solberg’s not leading the FIA World Rallycross Championship. That’s unbelievable. Don’t stress, he’s still second after this weekend’s World RX of Belgium.

“The weekend went well for us,” he said. “In fact, the week went well for us. After Hockenheim, we stayed in Germany to figure out what was wrong with the car. The team worked so hard, but they did that and that’s what’s made this result possible.

“Of course, we always want to win, but take a look at the line-up for the final, it was probably the strongest final ever in World Rallycross. I’m satisfied with the result we have taken. At the start, I could have gone to the outside and gone around [Mattias] Ekstrom, but that’s a risk and I’m trying to avoid them!

“I took the joker straight away and that was good, but then Anton [Marklund] spun right in front of me. I dropped two seconds at least there. Did that cost me second place? Maybe, it would have been a lot closer without his spin, but then again my rear tyres were getting pretty hot by the end of the race. That’s how it is sometimes. Like I said, I’m satisfied. It’s a shame we lost the lead of the championship, but there’s a lot more action left in this season!

“What I’m happy with here in Belgium is the good clean, high-calibre driving we have seen. This is a world championship and it’s been driven like one, last time in Hockenheim, it was a little bit of carnage. I don’t like that so much.

“I did have one problem which the team couldn’t fix from Germany… I think I fractured my left thumb during that meeting. I kept having to have it strapped up and it was so painful at times this weekend. You don’t think so much to it when you are racing, but after the race it was hurting like hell!

“So, now to Lydden. We have a couple of weeks before that race and the job for PSRX is to find the kind of pace we need to stop Ekstrom. Don’t worry, I have a plan.”

Q1 – 3rd (position in the standings after qualifying one races)

A second top three in as many races lands Petter an overnight third place, equal on points with Timur Timerzyanov and Johan Kristoffersson.

Awesome start gets Petter into the lead at the first corner, before Audi driver Mattias Ekstrom comes back at him and passes him on the exit. Solberg holds an untroubled second place to the finish.

For once, the absence of the perfect start works a treat for Petter who finds the perfect line up the inside of the first tight right-hander and leads for the rest of the race.

Petter gets backed up behind Ekstrom into the first corner and drops to third place. Solberg jokers immediately and then gets held up behind a spinning Anton Marklund.

Lydden’s (not London) Calling. Treat for fans of The Clash and their third album – arguably the one where they emerged and became known for more than just punk in 1979. Back to Lydden… well, it’s the home of British rallycross and a fabulously entertaining circuit where Petter won last year.