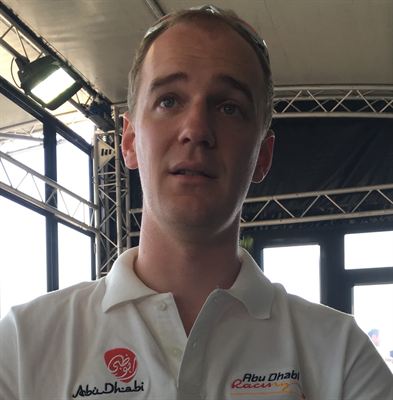 Glasgow co-driver Stuart Loudon will join Alister McRae for this week’s Rally Legends event in San Marino. While the rally itself is competitive, a large emphasis is placed on the demonstration of world rallying’s finest cars and drivers, with the organisers priding themselves on a star-studded entry list.

The Scotsmen will crew a car once driven by Alister’s brother, 1995 World Rally Champion Colin McRae.

“It’s always great to get a telephone call from Alister [McRae], but this one was particularly special. He asked if I was free to co-drive for him on Rally Legends – as usual, I was really keen. But when he told me we would be in one of Colin’s old Legacys, I couldn't believe it. That’s when I got seriously excited.

“I’ve never competed in a Group A Legacy before, but I’ve spent enough time watching and listening to them to know what an absolute honour and privilege it will be to join Alister. I have to say, it’s going to be a pretty incredible moment when we’re competing – world champions Marcus Gronholm (Volkswagen Polo R WRC) and Juha Kankkunen (Lancia Delta Integrale) are at the front of the field and world rally winners Gilles Panizzi (Peugeot 306 Maxi) and Armin Schwarz (Toyota Celica GT-Four) are seeded right in front of us. It’s going to be pretty amazing lining up at the start of the first stage and seeing those guys there. I can’t wait!”

“I’ve never done this event before, but my father [five-time British Rally Champion Jimmy McRae] has and he’s enjoyed it. I’m really looking forward to it, there’s such a large spread of cars from all eras of the sport going to be competing there. It looks like a tremendous event.

“I’m also pleased to be driving a Legacy as well – we have some fond memories of these cars in the family – specially from 1993. That was the year Colin won his first world rally in a Legacy (Rally New Zealand) and I got my first professional drive in one of these cars as well. It was one of the best cars of its time and I’m really looking forward to getting back in one in San Marino later this week.” 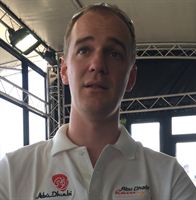