Stunning second for Stuart on his British Rally Championship return 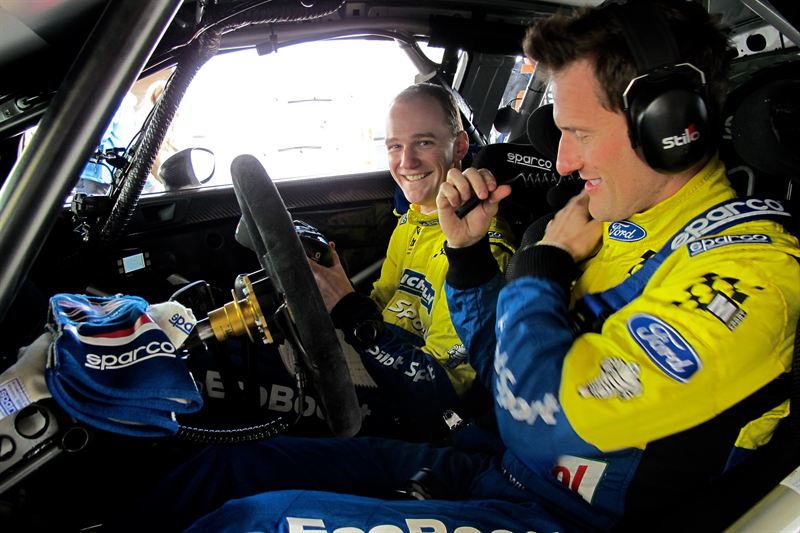 Stunning second for Stuart on his British Rally Championship return

Loudon and Wilson took the runners-up spot in an M-Sport-built Ford Fiesta R5 which had been competing in Argentina* just six days before it took the start of the third round of the British Rally Championship in Carlisle yesterday (Saturday).

Competing with a high-profile driver is nothing new to Stuart, who co-drives former British Rally Champion Alister McRae in the Chinese Rally Championship, but working with a driver and a team from the sport’s highest level was a real eye-opener for Loudon.

“I’ve done some work with M-Sport before,” said Loudon, “but this whole experience has been amazing. Everything is done to 110% with a team like M-Sport – there’s no question about anything. And as for Matthew, the pace he showed despite having been away from the sport for more than a year was exceptional.

“I was a wee bit nervous just before the start, but once we got into the car, everything was perfect.”

Based out of Carlisle, the event ran through the Kielder forest complex – but the first stage was particularly special for Stuart – crossing the border with Scotland mid-way through. Arriving at the finish, Loudon and Wilson were both happy.

“We made a great start,” said Loudon, returning to the BRC for the first time since 2011. ”Given that we hadn’t competed together before, we took a moment to settle in, but then Matthew stepped up the pace.”

Third after Saturday afternoon’s four stages, all run in glorious sunshine, the pair were chasing a step up on the podium on Sunday – when the weather took a turn for the worse with heavy rain arriving.

Second after the first of three stages today, Loudon and Wilson held that place until the finish back in Carlisle.

“It was an absolute joy to be working in the car with Matthew,” said a delighted Stuart at the finish. “These stages in Kielder are so fast, so quick, we were sitting on the rev limiter in top [gear]. To be in there at such speed, calling the notes and Matthew committing 100 per cent to them is just fantastic.

“It was a privilege to work with M-Sport and with Matthew and, obviously, I’m hugely grateful for the opportunity. This has, however, given me a real taste for competition at the highest level. The feeling when it’s all working is like nothing else and now I’ve had a taste of it, I’m more determined than ever; I will become a World Rally Championship co-driver.”

The pair’s only minor hiccup was a puncture a mile from the end of the opening stage today. Apart from that, everything went to plan for the Anglo-Scottish pairing.

“If you’d offered me second place when we were doing the recce in the snow on Friday,” Stuart said, “I’d have bitten your hand off! This was a one-off with Matthew, but I’m sure competing again, he will have caught the bug. Would I come back and do it again? You bet! I’d be back in a flash.”

* The Ford Fiesta R5 EVO Stuart co-drove in was the same car used by Elfyn Evans and Craig Parry to finish fourth in WRC2 on last week’s Rally Argentina. The car was airfreighted back, landing in Heathrow on Thursday morning before being re-prepared overnight at M-Sport World Rally Team’s Cockermouth, Cumbria base.

The car, complete with gearbox and suspension change – not to mention a full service – was ready for Matthew and Stuart to start Friday’s Pirelli Carlisle Rally shakedown stage.