The force of Petter strikes back 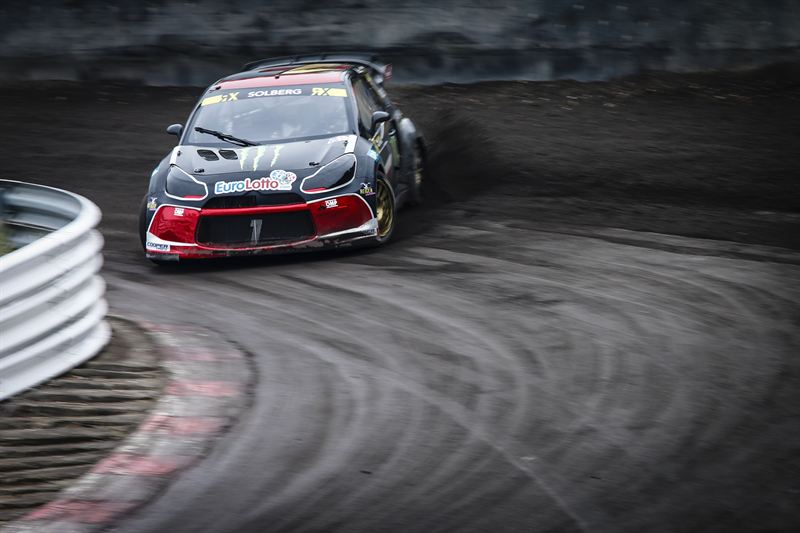 The force of Petter strikes back

Despite his trademark 110 per cent approach Solberg hasn’t been on the podium much recently, making today’s second a very welcome result for him and the PSRX team.

Solberg, a three-time FIA World Champion, said: “We have waited so long this season to be back on the podium and to make it here after the disappointment in Latvia two weeks ago is unbelievable. That race was our worst result ever and one I never want to repeat.

“It is so important for me to thank my amazing team for our win this weekend. I may be the guy driving the car, but the car was so fast this weekend, I think one of the fastest on the track.

“I can only say thank you for all the hours they have spent in the last two weeks, making small changes which could make a difference for us. They have worked so systematically; second here is a great win for the whole PSRX team.

“I would like to congratulate Mattias Ekström for winning the 2016 World RX championship. Well done to Mattias and his team. They have been consistent all season. I would also like to congratulate Kevin Eriksson, who had an amazing weekend here and a spectacular final today. I saw his move out of the corner of my eye and it was just spectacular. I was pushed from behind and got turned around, but when I straightened up, I saw him go round everyone and take the lead! He has been extremely impressive this weekend and one to watch next season.”

Q1 – 12th  (position in the standings after qualifying races)

Starting fifth in wet conditions, Petter was able to fight his way up to third in the first corner. Then stayed behind Loeb and Hansen for the whole race playing it safe to the finish.

Second on the line and drier conditions, Petter was fastest into the first corner. From there he controlled the race and set the third fastest time in the heat and of the first day.

Petter was quickest by far from third off the line. On the attack, Petter never looked back and controlled a comfortable lead. For the first time ever at Estering a joker lap (Petter’s) was the fastest overall in a qualifying heat – by an incredible 0.8 seconds!

From pole, Petter defended himself through the first corner then pulled away from the pack. He crossed the line 3.3 seconds ahead of everybody – that’s a knock-out in rallycross!

From P1 Petter lead from the start to finish and had a perfect race.

Petter was pushed in the first corner and things got a bit messy. The champ soon had it all under control again, but Eriksson took the advantage and drove around all of the cars to take the lead and the race.

Next time out World RX of Argentina (November 25-27)

You never forget where you are when you win a world championship… that’s why this place holds some great memories for Petter. This place is crazy for motorsport and the fans are so passionate. It’s always a big pleasure to come to Argentina and race.