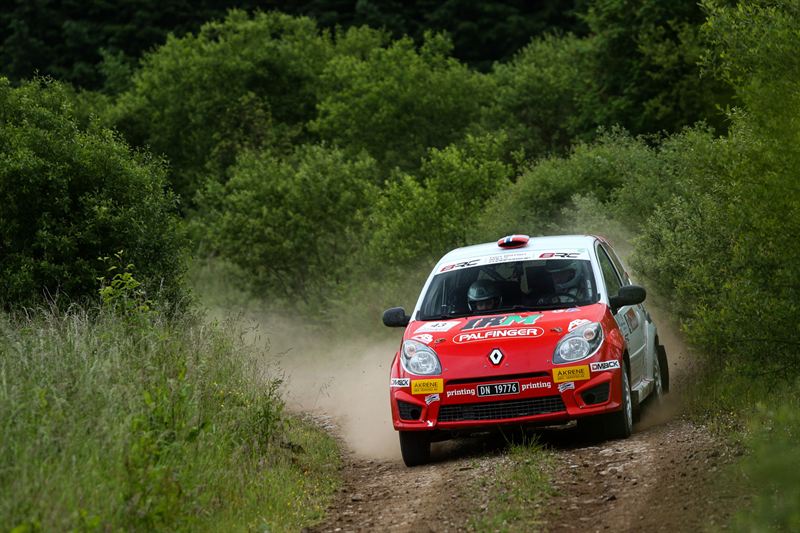 We’ve had the Scottish, now it’s time for the Welsh. This weekend’s Nicky Grist Stages is one of the most talked about events in British rallying, not least because it’s recreating something fantastic from years ago.

It’s 29 years since Wales hosted a round of the British Rally Championship running a split format with stages on Epynt one day and through the surrounding woods the next day. But this weekend, that classic Tarmac-gravel mix is back on the agenda.

The British Rally Championship’s getting back to its halcyon days and Elfyn Evans is turning in a performance worthy of that vintage too. He was superb on the Scottish and last weekend’s World Rally Championship counter, Rally Poland, where he finished second in WRC2. The Nicky Grist will be his third Ford Fiesta R5 outing in as many weeks. He’s certainly not short on seat time – and, don’t forget, he’s got a 100 per cent record at home this year having won the season-opening Mid Wales Stages.

This weekend will be an interesting one for Fredrik Åhlin, who doesn’t have masses of four-wheel drive experience on asphalt and even less on Epynt. The military ranges will be a great leveler this weekend; pacenotes will be more important than ever on Sunday’s featureless stages where the road is so tough to read.

It’s easy to get drawn in to a big push on Epynt, but that place and those roads can bite. I have to say, though, I’m really excited by this rally. We all know about the long and illustrious history of the fabled Welsh Rally, so I think we owe Nicky himself and the Quinton Motor Club a debt of gratitude for reviving an iconic format. All we need now is for Russell Brookes and Mike Broad to come back in their Andrews-liveried Opel Manta 400 to defend that 1987 win.

Not that you’d forgotten, another great feature about this weekend is British rallying’s best ever buy one get one free offer – with a BTRDA round coming your way on Saturday.

Who can make the transition in driving style quickest and most efficiently? After a day on the gravel, the teams will switch the cars to asphalt specification on Saturday night before sending them down New Road on Sunday morning. Get your eye in early on the Tarmac and there could be big gains to be made here. Caught napping and this one will cost you dearly.

I’ve been keeping an eye on the DMACK British Juniors all year and Rob Duggan and Gus Greensmith have been really impressive – but it’s Sindre Furuseth that I’ll be watching this weekend after his Junior success in Scotland last time out. This is his first year competing outside of Norway and Sweden and he’s showing great speed down roads after just a two-pass recce…

Temperatures in the high teens, topping 20 in the sunniest sunshine. But it might be a bit cloudy as well – with those clouds threatening light rain.

BRC fastest stage times (after round 4/7)

Junior BRC stages led (after round 4/7)

Stuart Loudon is a semi-professional co-driver who has started 84 rallies, 18 of which are rounds of the World Rally Championship and one of which was with an Ashes-winning English cricketer. He makes biscuits in the family business when he’s not working towards his dream of becoming a factory co-driver in the WRC.

Stuart Loudon and Words PR work their socks off to make sure every last dot and detail of the document is 100 per cent accurate – but we can’t be responsible for any changes to the itinerary or stage distances.