The weekend to and from Hell

The weekend to and from Hell

FIA World Rallycross Championship leader Petter Solberg missed out on giving his home fans the result they so badly deserved after being punted out of World RX of Norway in the semi-final.

Two-time FIA world champion Solberg appears to have had a target painted on the back of his PSRX supercar, as he missed out on the final for the second meeting in succession. A deeply frustrated Petter took some comfort from being the fastest driver in Hell and maintaining a handsome advantage at the top of the table.

Solberg said: “I’m really sad about the incident in the semi final to be honest. We had everything lined up after the heats. In the intermediate standings we scored two wins, and also set a new track record.

“We started from pole position in the semi-final, and I made a good start. I was leading, but then half way through the first lap I was pushed out, and lost two track positions. I tried to strike-back, but then I was rammed again, and suffered suspension damage.

“I’m extremely disappointed obviously, not just because of the final result, but also for the event in general. My home crowd expected a lot from me, and I feel like I was denied the opportunity to deliver, and perform at my very best.

“It's also a big shame for the spectators, the organizer, my team and friends. Not to mention for Andreas Bakkerud who has also lost second position in the championship because of what happened in the semi final.

Looking ahead we now have to turn around and think about France in two weeks. I have high expectations - it's a great event, and I won there last season. I am looking forward to it for sure.”

Next time out World RX of France September 5/6

It’s France, Lohéac and one of the best places to drive a rallycross car in the world. There are good memories from last year too: after the heat of the battle a sweaty Solberg secured his hat-trick a hat-trick of World RX wins. The reigning champion’s got his sights set on a return to the top step in France next month.

The Road to Hell, Chris Rea.

What happened four days after Petter Solberg’s factory Subaru Impreza WRC wrapped itself around a telegraph pole on the French island of Corsica in 2003? 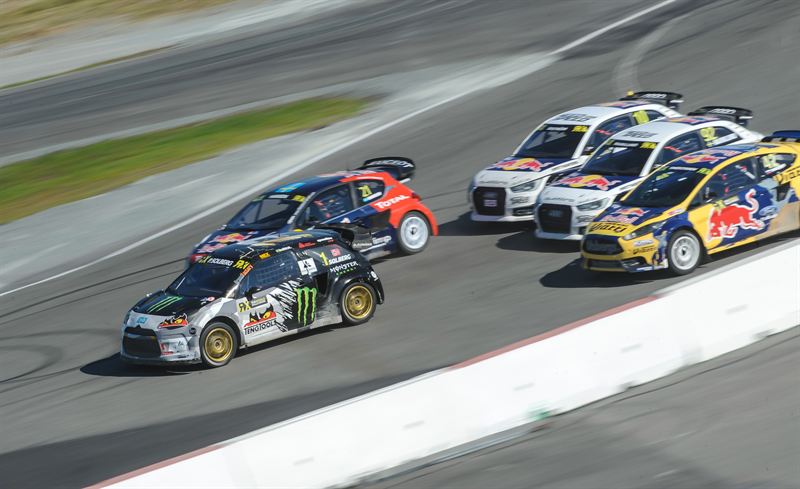