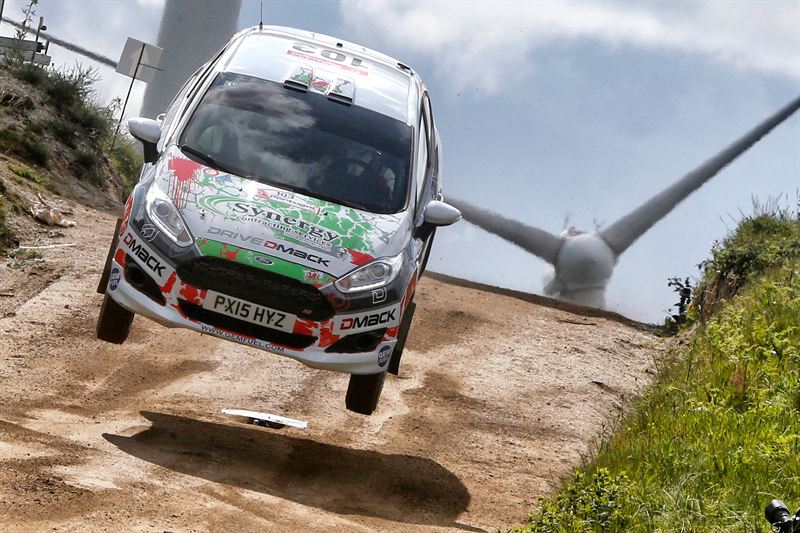 It’s rallying’s equivalent of a summer tour to New Zealand – that’s the size of the task facing Osian Pryce at next week’s Neste Rally Finland.

Just three weeks after Rally Poland and securing the biggest result of his career, when he won two prize drives in the World Rally Championship-based Drive DMACK Fiesta Trophy, the 23-year-old is ready for the season’s toughest test on Finland’s world-famous gravel rollercoaster.

Formerly known as the 1,000 Lakes Rally (Finland has 187,888 lakes – as well as a lot of trees) and the Jyväskylän Suurajot (the Jyvaskyla Grand Prix), Neste Rally Finland holds a special place in the hearts of rally fans around the world. This event in this place is regularly touted as rallying’s spiritual home. It really is that good.

And that tricky. Winning on these roads requires speed, nerve, and a perfect set of pacenotes to describe what’s happening on the far side of that blind crest you’re approaching flat out in top gear.

Osian and co-driver Dale Furniss were supposed to compete in Finland last season, but were left disappointed when a lack of budget forced them out of the Scandinavian trip. Next week the dream comes true.

Osian said: “For anybody involved in this sport, Finland has always been such a special place. Like everybody, I have grown up watching footage of guys like Marcus Grönholm or Markku Alen driving roads with unpronounceable names like Ouninpohja or Mökkiperä and now I’m here and about to be doing the same thing – it’s fantastic. It really is a dream.”

Two things make Finland special: speed and the art of flight. Last time out in Poland, speeds were high in the Ford Fiesta R2T, but on the stages around Jyväskylä they’ll be even higher. And then there’s going ballistic; year after year cars defy gravity and commonsense as they fly for 50 metres at a time at well over 100mph.

It’s no wonder a Finland win’s a special, special thing.

A second win of the season would be perfect for Osian and Dale, but the Welshmen have to keep their eyes on an even bigger prize.

“Tricky as it is in a place like Finland, in more ways than one, I’ve got to keep my feet on the ground this week. The way the Drive DMACK Fiesta Trophy is organised, we have three chances to take a really big win in the year and Finland is one of those opportunities. With another two 2017 events up for grabs this week, it’s vital we drive with that in mind.

“Having said that, the pace in this championship is so quick, we’re going to have to be flat-out from the start and, I’m sure, for the whole event to stay close to the front. That’s what we’re here for.