There was no hiding the disappointment for the whole PSRX team after we failed to make the final of the last round in Turkey. I was so fed up with the way the thing went – breaking a driveshaft on the startline was really bad luck. We never had anything like this happen on our car before.

Less than an hour after watching the final and seeing the lead in the championship being reduced, the whole team went into a meeting. We shut the door and we talked about what had gone wrong that weekend. What hadn’t we done that we normally do? What could we do to make everything work again?

We went through absolutely everything, including the strategy, the data from the car, everything. Then we started to work on re-prepping the car while we were in Turkey, so we could stay on and test at Intercity Park, which we did the day after the race.

You know what? We made progress, good progress. The good thing about testing at the track is that you know the conditions, you know the lap times and you know exactly where you are in terms of pace compared with the other guys. We left there much happier after that test.

But we didn’t stop there.

From the work we did during the Monday test, we have done more development in the last week. We’ve worked on the geometry, the engine mapping – lots of areas. One of the places where I felt we were losing a little bit was coming out of the slower hairpins; it felt like the car was short on lowdown torque. We’ve fixed that.

We are planning another test ahead of Italy, at the Franciacorta circuit, just to confirm everything we have done.

And then it’s race time. We go to the race with a good plan of attack and a 19-point lead in the championship; it’s time to forget what happened in Turkey and focus on this last-but-one event in the season. We have a job to do and if we do our job right then we can be celebrating on Sunday night.

It really is that simple. We need to drive as clean as we can – hope others do the same – and get on with it.

We’re in a fantastic part of the world, where motorsport history is around every corner. It feels like a good time to write ourselves a little piece of history this weekend.

This one definitely didn’t go to plan. A broken driveshaft in the semi-final at the Intercity Park circuit ended Petter’s hopes of making the final and his dreams of lifting a second successive FIA World Rallycross Championship title.

3.99 degrees is how much Pisa’s tower leans

39 Ferrari 250 GTO Berlinetta’s were made by Maranello. One sold last year for €30.84m – the most expensive car in the world

68,016 families have the surname Rossi in Italy. The Doctor’s pretty common…

296,572 is how many Euros Italy’s (and the world’s) most expensive Tuscan truffle sold for 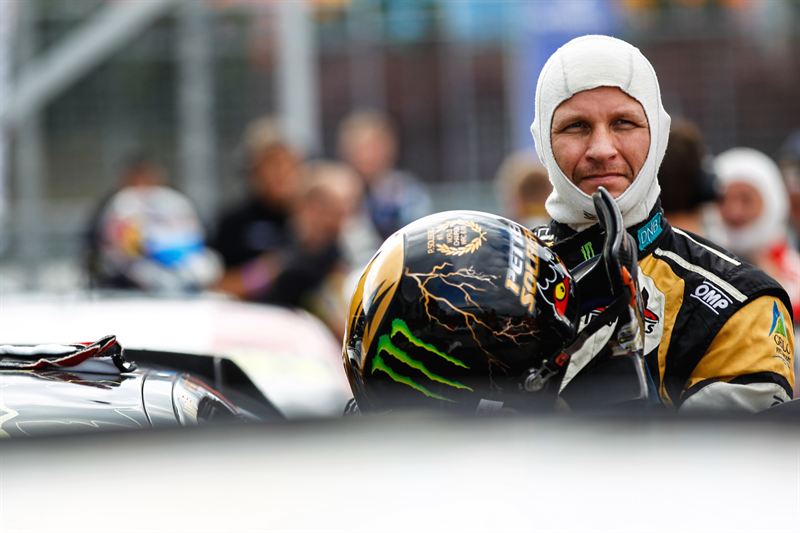