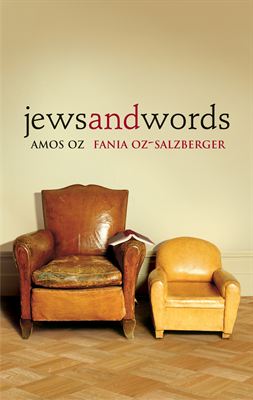 More than ten years in the making, The Posen Library of Jewish Culture and Civilization is a landmark ten-volume series that collects 3,000 years of Jewish literature, artwork, and artifacts, presenting the best of Jewish culture in its historic and global entirety.

This ambitious undertaking is the result of an ongoing collaboration between Yale University Press and the Posen Foundation, which works internationally to support Jewish education. “Taken as a whole, the series will underscore the vitality and variety of Jewish culture—religious and secular, elite and popular,” says James E. Young, the project’s Editor in Chief.  “It will provide future generations with a working legacy by which to recover and comprehend Jewish culture and civilization.”

Some works were selected for being representative, illuminating, or unusual. Others were chosen for being intriguing, influential, or simply excellent.  “The range and particulars of the selections in The Posen Library will assuredly give rise to much questioning about what makes Jewish culture Jewish, and what makes Jewish culture,” says Deborah Dash Moore. “Editing Volume 10 brought many surprises,” adds Nurith Gertz.  “The chronological order by genre coincidentally highlighted the themes that have dominated Jewish expression since 1973:  Israel, the Holocaust, the fall of communism, plurality, women’s expressions, assimilation, and reconciling old and new modes of Jewish life throughout the world.”

In the coming years, Yale University Press will publish the remaining nine encyclopedic volumes of The Posen Library, each covering a crucial period in Jewish history.  The animating idea behind the project is to demonstrate the incredible richness, complexity, and diversity of Jewish culture, from biblical times to the present.  More than 120 internationally recognized scholars have been involved with the series, making it the most ambitious anthological project ever attempted by Jewish studies scholars. Jews and Words, a companion volume by acclaimed novelist Amos Oz and his daughter, historian Fania Oz-Salzberger, will be published simultaneously with the inaugural volume to celebrate the series launch.

“We hope that The Posen Library will open the world’s eyes to the extraordinary contributions that Jewish thinkers, writers, and artists have made as Jews to dozens of other national cultures around the globe,” Young says.  “In the process, The Posen Library will demonstrate that like Jewish culture, all national cultures are composed of multiple, often competing cultures, formed through the constant give-and-take and frisson between and within themselves.”

In conjunction with the publication of Volume 10, Yale University Press will simultaneously publish Jews and Words by the acclaimed Israeli novelist Amos Oz and his daughter, historian Fania Oz-Salzberger. Conceived as a companion volume, the book presents their personal take on Jewish history—arguing that it has always hinged on written words and involved two or three generations deep in conversation. Oz and Oz-Salzberger write in their opening pages: “We feel that this book belongs squarely and intimately with The Posen Library of Jewish Culture and Civilization. Many fine scholars are at work on the Library’s ten volumes, and their work has inspired ours. We share the Library’s broad vision, which is by no means a narrow agenda, of Jewish history as a complex and multifarious trove of human voices crisscrossed by significant continuums. The wealth of cultural diversity does not trump the perseverance of unifying principles.”

The Posen Library of Jewish Culture and Civilization will be made available to the public through an online, searchable database beginning in spring 2013. All material for which Yale has electronic permission will be available, including many original versions of translated materials. In addition to being easily browse-able by general readers, the online archive will be equipped with innovative tools to enable individual and collaborative study and research.  Among the features being developed are discovery tools, curated selections, theme-based browse functions, personalization capability, and community forums. The public is invited to preregister at www.posenlibrary.com.

Titles in The Posen Library

From Biblical Times to the Present

Deborah Dash Moore is Frederick G. L. Huetwell Professor of History and director of the Jean and Samuel Frankel Center for Judaic Studies, University of Michigan. She is co-editor of Volume 10: 1973-2005 of The Posen Library of Jewish Culture and Civilization.

Nurith Gertz is professor emerita of Hebrew Literature and Film, the Open University of Israel, and head of the Department of Culture Creation and Production, Sapir College. She is co-editor of Volume 10: 1973-2005 of The Posen Library of Jewish Culture and Civilization.

James E. Young, Editor in Chief of The Posen Library of Jewish Culture and Civilization, is Distinguished University Professor of English and Judaic studies at the University of Massachusetts Amherst. He is the author of four books dealing with Holocaust memorials, narratives, and images in contemporary art and architecture, including The Texture of Memory, which won a National Jewish Book Award.  He was a member of the design juries that chose the National 9/11 Memorial in New York City and Germany’s national Memorial to the Murdered Jews of Europe in Berlin.

What Is Jewish Culture? 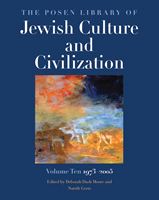