200 days to go until Mall of Tripla opens 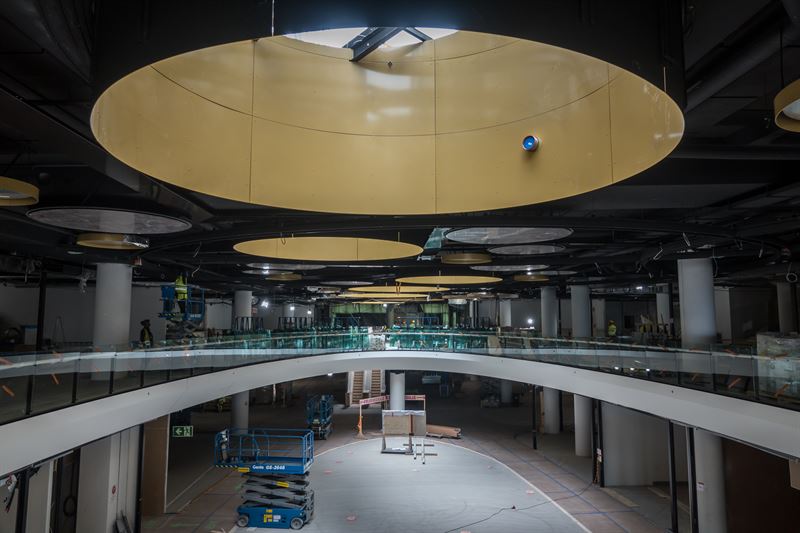 Mall of Tripla, the largest shopping centre in Finland and the entire Nordic region, will open on October 17, 2019. The new Pasila station will also be inaugurated at the same time. The opening festivities are expected to attract a large crowd from across the Helsinki metropolitan area.

The event can be considered to be historically significant, as the opening of Tripla, the new hub of Central Pasila, is a major step in Pasila’s development as the new heart of Helsinki. Pasila station is currently the second-busiest station in Finland. Following future changes in rail traffic, it is expected to become the second-busiest station in Northern Europe behind Stockholm Central Station.

“In this historical context, the opening of Mall of Tripla can be characterised as a milestone in the Finnish shopping centre business,” says Pirjo Aalto, Vice President and Commercial Development Director at YIT.

“Mall of Tripla will be located in the middle of a complete urban structure, with the best possible transport connections. It will bring a comprehensive range of services to a location that already has a lot of people. This will make the city more functional and urban,” Aalto adds.

Tripla’s construction has progressed on schedule. The shopping centre’s current interior building phases include painting, tiling, customising the entrances of retail spaces according to the tenants’ wishes as well as the installation of signage. The testing of technical building systems has also begun in the shopping centre as well as the parking facility.

At Mall of Tripla, the tenants are invited to personalise their retail premises and entrances as much as they want.

“When you provide space for creativity, you will get a lively, diverse and interesting urban centre that will always offer something for people to see and experience,” Aalto explains.

As summer approaches, activity at the shopping centre will pick up even more, with the builders and interior decorators of all of the retail units getting started with the final touches on their premises. Each of the 250 retail and restaurant spaces in Mall of Tripla will be unique. Many tenants, such as JD Sports and Reserved, will build their flagship stores at Tripla.

“Our international tenants will send their own international teams to build their retail spaces, which means we need to support them with clear operating models and efficient project management. Everything must go smoothly, even when there are lots of people and materials around,” Pirjo says, describing the challenges in the final phases.

“This means we have plenty of work on our hands, even though the actual leasing of the premises has progressed very well: we have already leased nearly 90% of the retail space at Mall of Tripla,” she adds.

An urban centre of the size of Mall of Tripla will have a significant impact on jobs in the Pasila district. It has been estimated that as many as 7,000 people may work at the shopping centre, offices and hotel at Tripla.

“Many of the tenants of our shopping centre have already started their recruitment campaigns or are getting ready to start them during this spring and summer, so I would advise people to look out for job opportunities,” Aalto points out.

Scheduled to open in autumn 2019, Mall of Tripla will offer a variety of new cultural activities and experiences in addition to a wide range of stores and restaurants. With 250 stores, Mall of Tripla will be the largest shopping centre in Finland, located in the heart of Central Pasila’s new Tripla centre. The Tripla centre is a three-block complex that includes a shopping centre, a parking facility, apartments, a hotel and offices. In addition, the new Pasila station and public transport terminal are a part of Tripla. tripla.yit.fi/mall-of-tripla