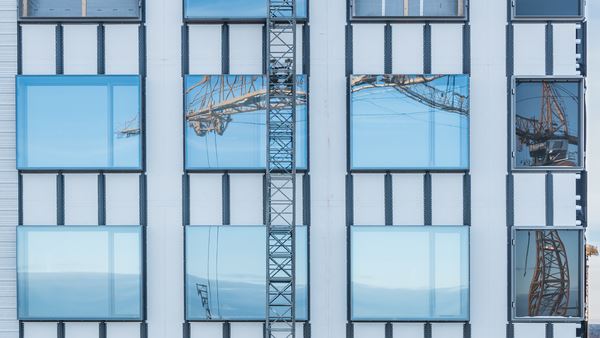 The key factors facilitating the obtaining of the certification were construction solutions that promote the energy efficiency of the shopping centre and take account of the environment. Compared to similar new buildings in general, the shopping centre consumes approximately 40% less energy and clean water. Energy efficiency saves not only the environment but also costs.

Low electricity consumption decreases the maintenance costs and environmental load of buildings. As Mall of Tripla consumes significantly less energy than a new building constructed in accordance with the normal best construction practices, the energy bills of the parties operating there will be lower than usual. The same applies to water consumption.

Pleasant environment for visitors and people working on the premises

One criterion in the LEED assessment is the processing of stormwater. In Tripla, the stormwater system has been built so that stormwater is either absorbed in the ground or recycled, for example for car washing. The green roof area constructed for additional greenery and attractiveness and in order to manage stormwater takes approximately 41% of the entire roof area of Tripla. After the completion of the apartments, business premises and hotel facilities, the green roof area of the entire Tripla will amount to approximately one hectare.

Furthermore, the cleanliness of the indoor air has been a key consideration. Carbon dioxide sensors are constantly measuring the quality of air to an exceptionally large extent throughout the shopping centre.

“Green roofs, construction materials with low emissions and the cleanliness of indoor air are valued by both the people visiting the shopping centre and those working there or leasing premises,” says Pirjo Aalto, YIT Commercial Development Director for Mall of Tripla.

A centralised vacuum waste system will be used for waste collection. There will also be a large waste collection point for recycling in the parking facility, available to consumers.

In addition to the requirements of the LEED certification, Tripla has been constructed so that it complies with the requirements set by the City of Helsinki concerning sustainable development and the environment. The City of Helsinki also sees that improving the facilities for bicycle and pedestrian traffic is important. Of all the shopping centres in Finland, Mall of Tripla has the highest number of bike parking spaces — no less than 3,250. In addition, there are also charging stations for electric bikes, and 277 charging stations for electric cars. In total, the shopping centre has over 2,200 parking spaces for cars.

The LEED assessment considers the building’s location in a dense urban environment with good public transport connections and services, all of which Tripla boasts to a magnificent extent: regardless of the transport method, Pasila is estimated to be the best reachable place in Helsinki, with its train station becoming the busiest in Finland in terms of the number of passengers when the construction of Central Pasila will be completed by 2040.

Mall of Tripla and the environment:

The international Leadership in Energy and Environmental Design (LEED) classification assesses the environmental qualities of the premises, building and construction project. LEED certifications are awarded and their use supervised by the independent Green Building Certification Institute.

Scheduled to open in autumn 2019, Mall of Tripla will offer a variety of new cultural activities and experiences in addition to a wide range of stores and restaurants. With 250 stores, Mall of Tripla will be the largest shopping centre in Finland, located in the heart of Central Pasila’s new Tripla centre. The Tripla centre is a three-block complex that includes a shopping centre, a parking facility, apartments, a hotel and offices. In addition, the new Pasila station and public transport terminal are a part of Tripla.  tripla.yit.fi/mall-of-tripla